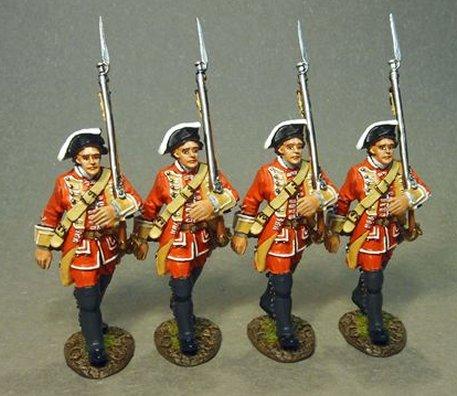 The 35th Regiment of Foot was active in North America during the French and Indian Wars, from 1756 until 1763.
The unit was probably best known for having served at Fort William Henry, during the siege, when the fort was overwhelmed by French forces commanded by General Montcalm.  They were also to see action at the Battles of Louisbourg and Quebec at the Battle of the Plains of Abraham.