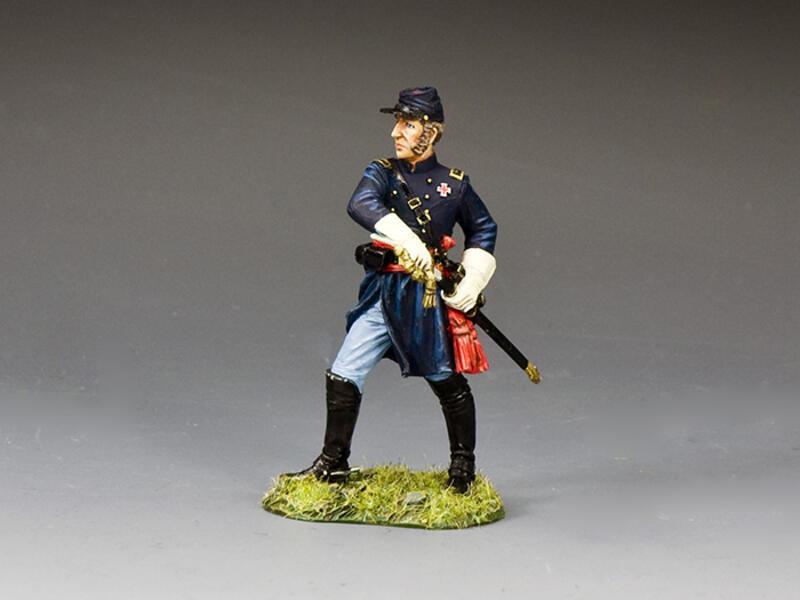 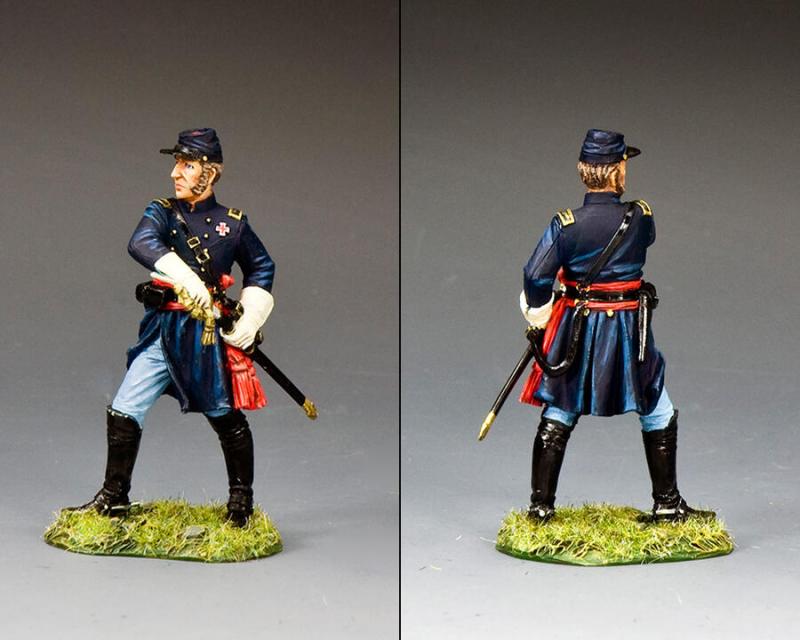 The American Civil War created many young officers who rose rapidly through the ranks to become major military leaders playing vitally important roles in some of the most important battles of that war.

One such young officer was Strong Vincent…

Strong Vincent (1837-1863) was originally a lawyer who became famous as a senior U.S. Army officer who fought and died at the pivotal Battle of Gettysburg in 1863.  At the beginning of the Civil war in 1861, he joined the Union Army as a First Lieutenant.  Within months he had been promoted to Lieut. Colonel of the 83rd Pennsylvania Infantry and led them through several battles.  By May 1863, he was promoted once more to command a brigade of the 1st Division, Ⅴ Corps of The Army of the Potomac.  During the Battle of Gettysburg later that same year, Strong Vincent moved his entire brigade up to Little Round Top to thwart a major Confederate advance.  While directing some of his troops from atop a large boulder on the right flank of his defense line, a rebel bullet found its mark and mortally wounded him.  Carried from the field to a nearby farmhouse, this brave, young officer lingered on for 5 more days.  The commander of the army, Gen. George Mead promoted Vincent to Brigadier General even as he lay on his death bed.

Brigadier General Strong Vincent has been memorialized by a statue on the 83rd Pennsylvania monument at Little Round Top on the Gettysburg battlefield. Our King & Country figure is heavily influenced by the design of that statue.