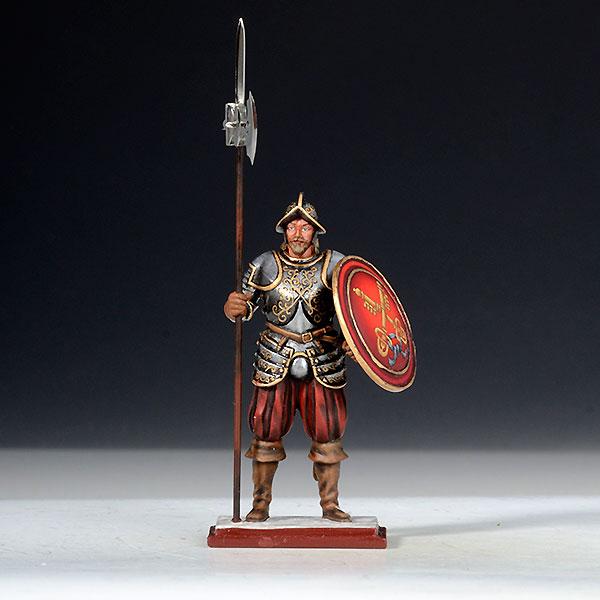 During the reign of Pope Alexander VI, the army that protected him and the Papal States was commanded by his son Cesare Borgia.
The number of mercenary “Papal Guards” that Cesare was able to field from one period to another depended on the flow of political alliances that the Pope was engaged in.
The army was made up of mercenary warriors, soldiers from the Papal territories, and French or Spanish troops.  Both Spain and France supplied regular forces to Pope Alexander VI when a proposed campaign met the self-serving interests of their respective sovereigns.
In 1503, subsequent the death of Alexander VI, Pope Julius II consummated a contract with the Swiss Confederacy for 200 Swiss mercenaries to become the Papal Guards protecting the Holy See.
The Swiss Guards have remained the official Guards for Popes since that time, with relatively brief periods of disposition based on Papal politics.