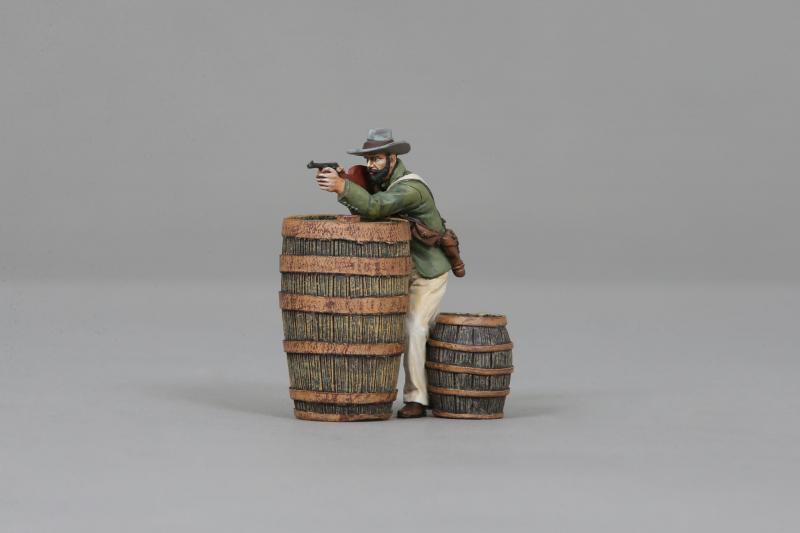 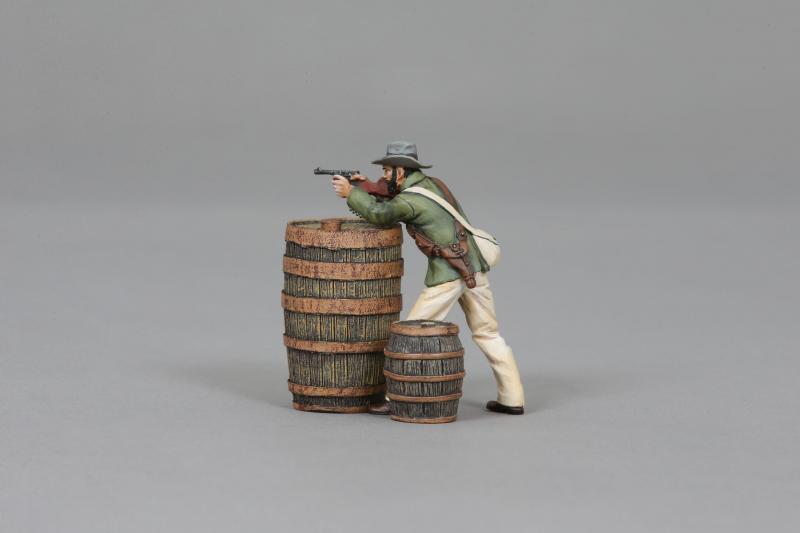 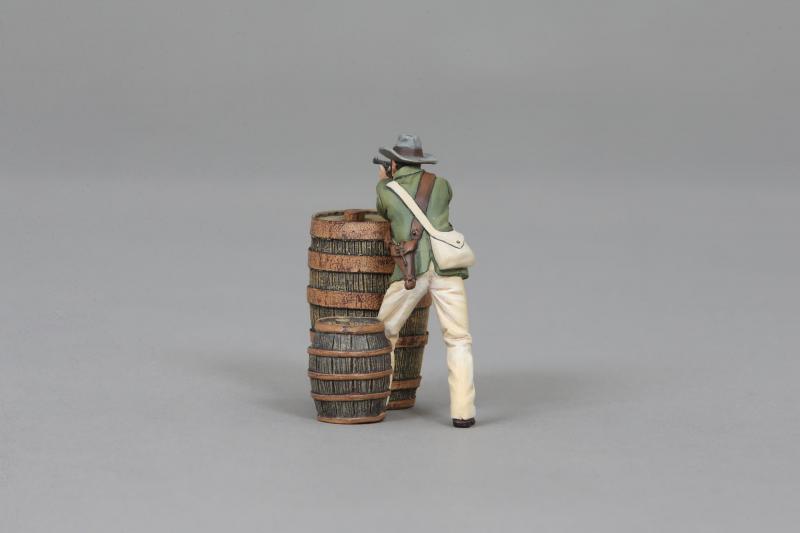 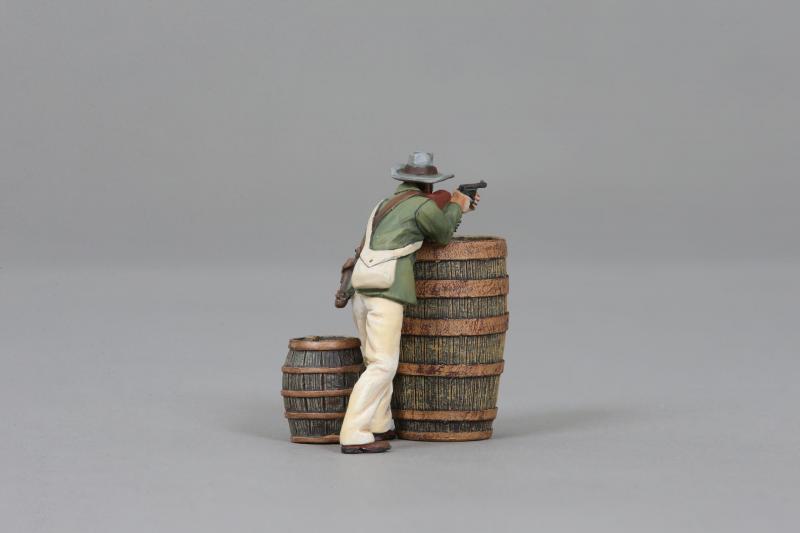 A Boer Commando aims his Broomhandle Mauser at the British.