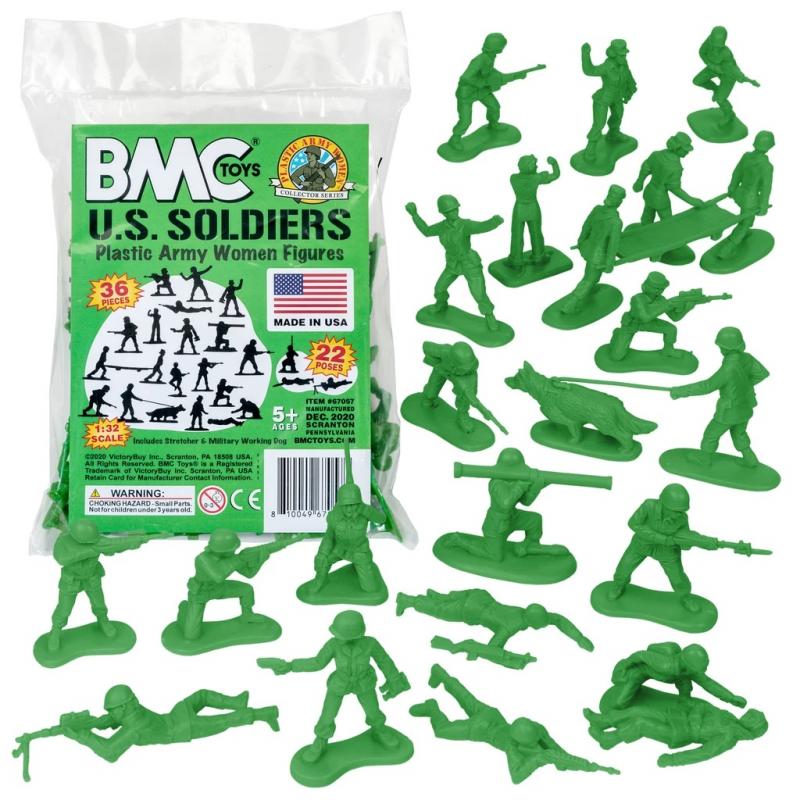 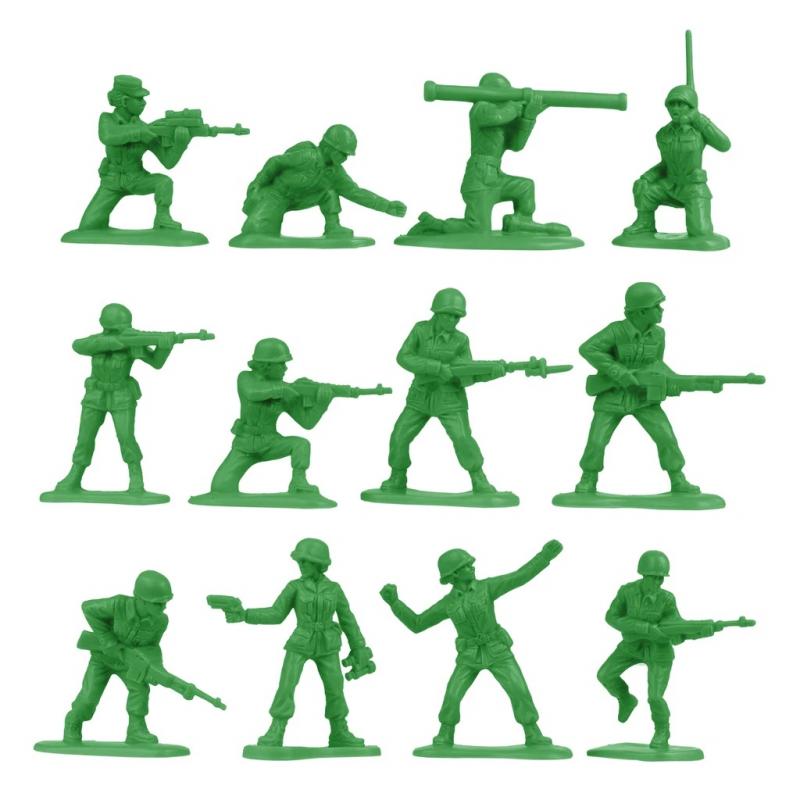 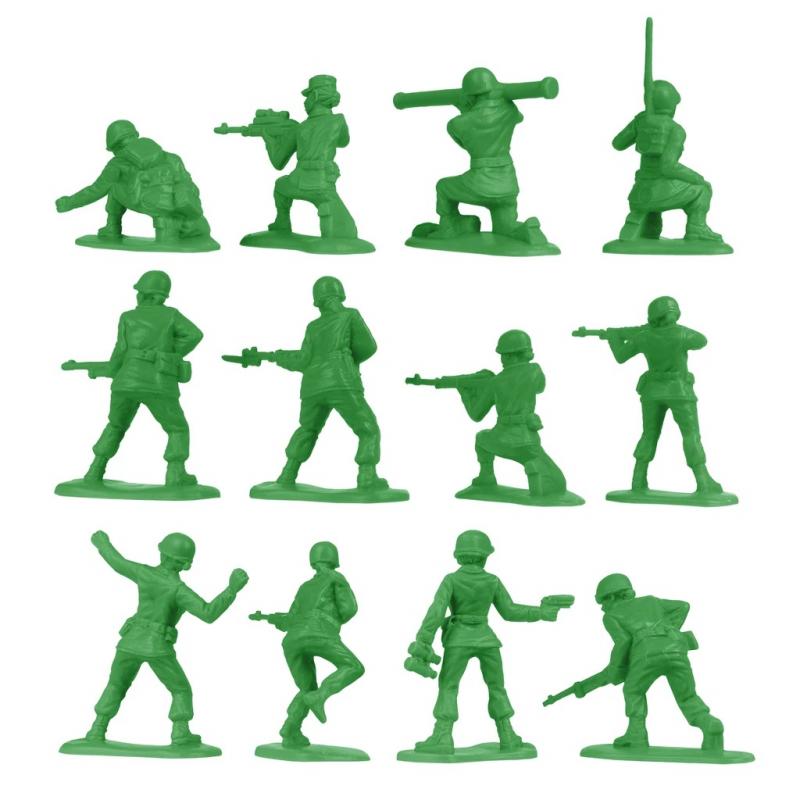 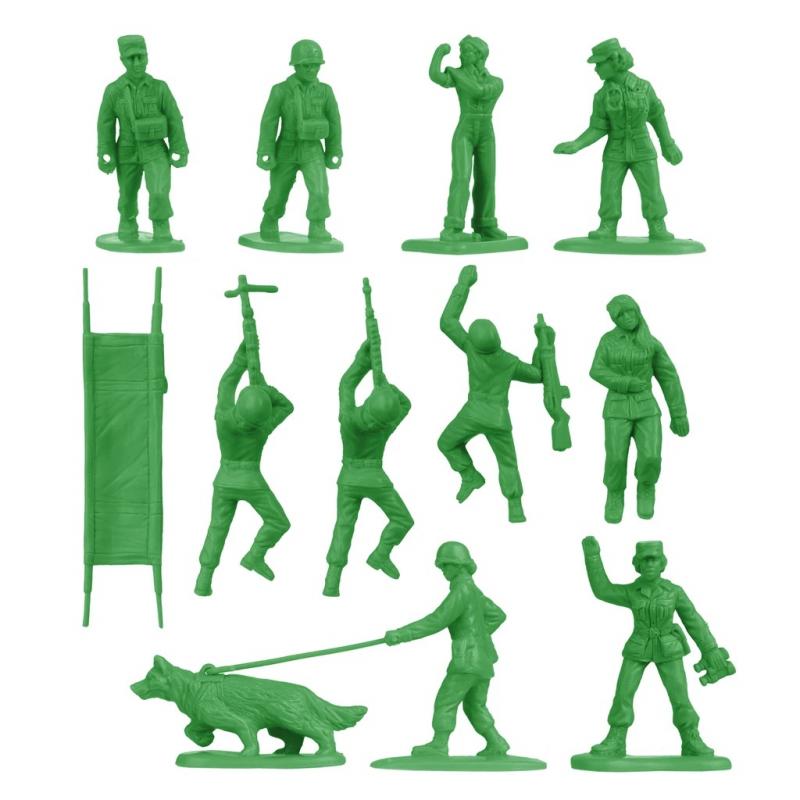 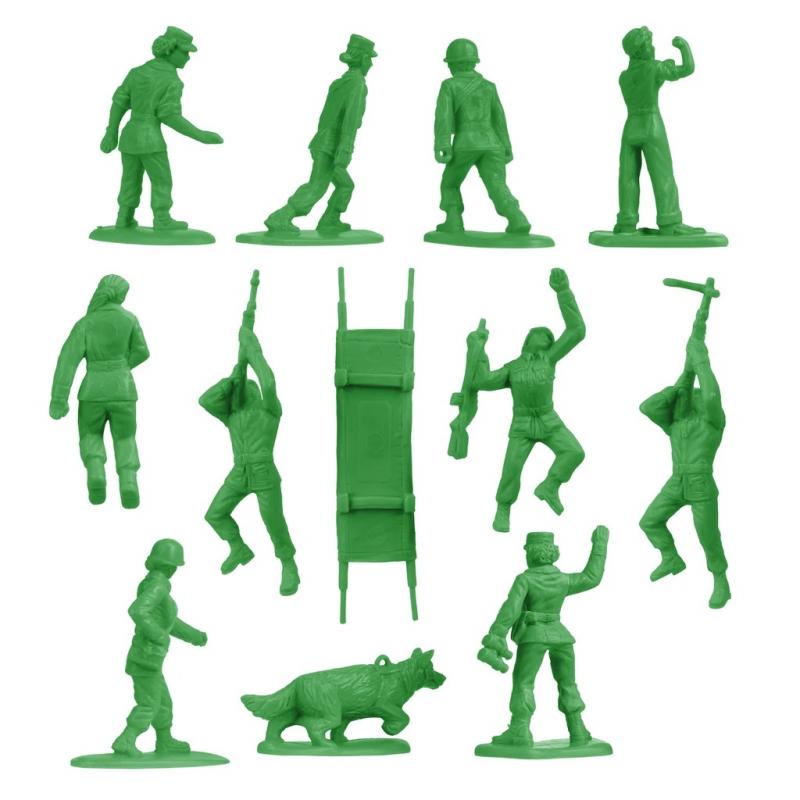 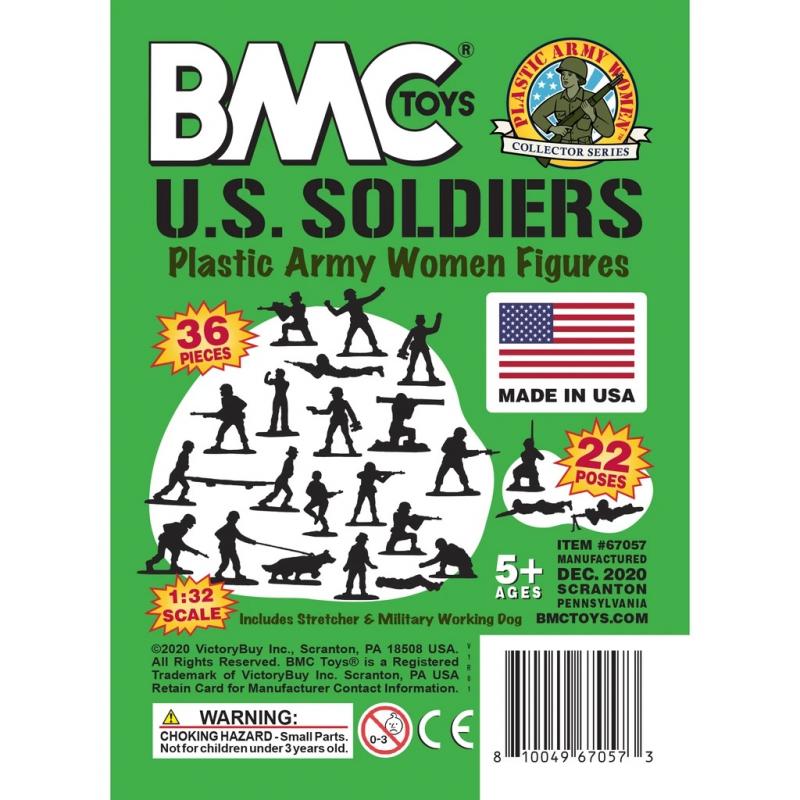 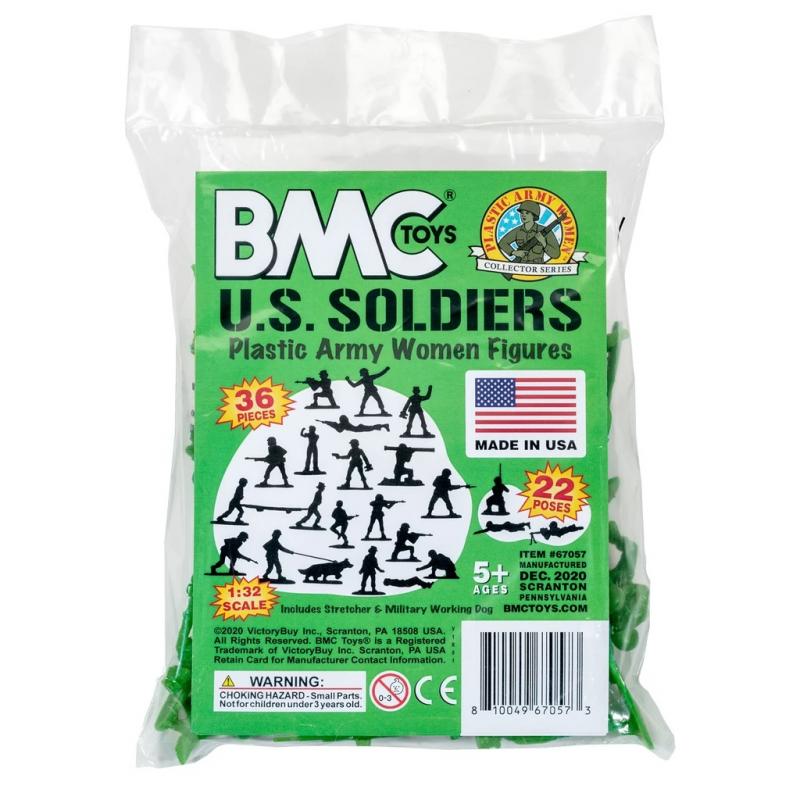 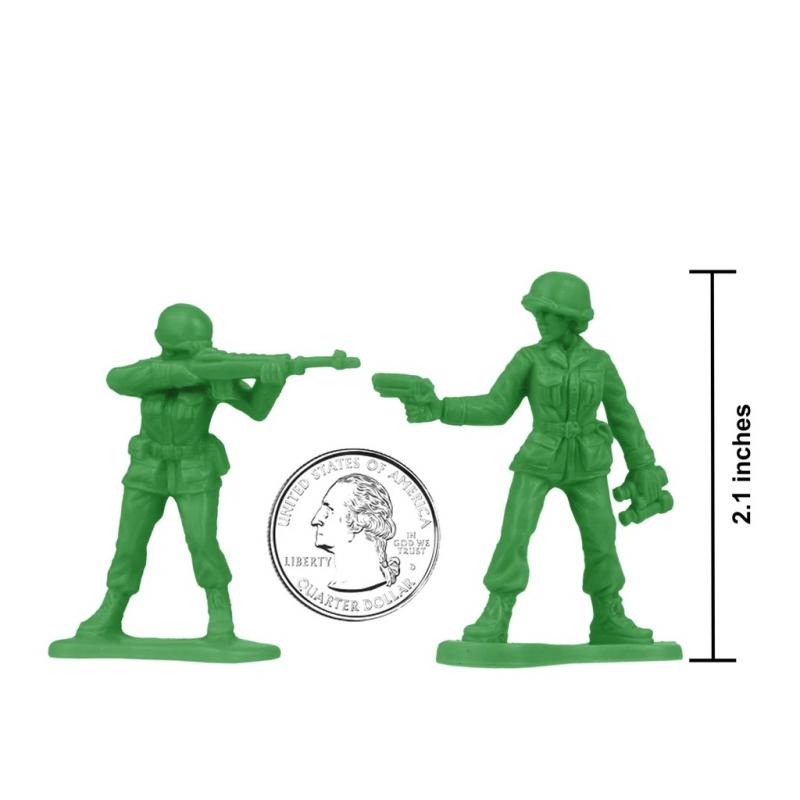 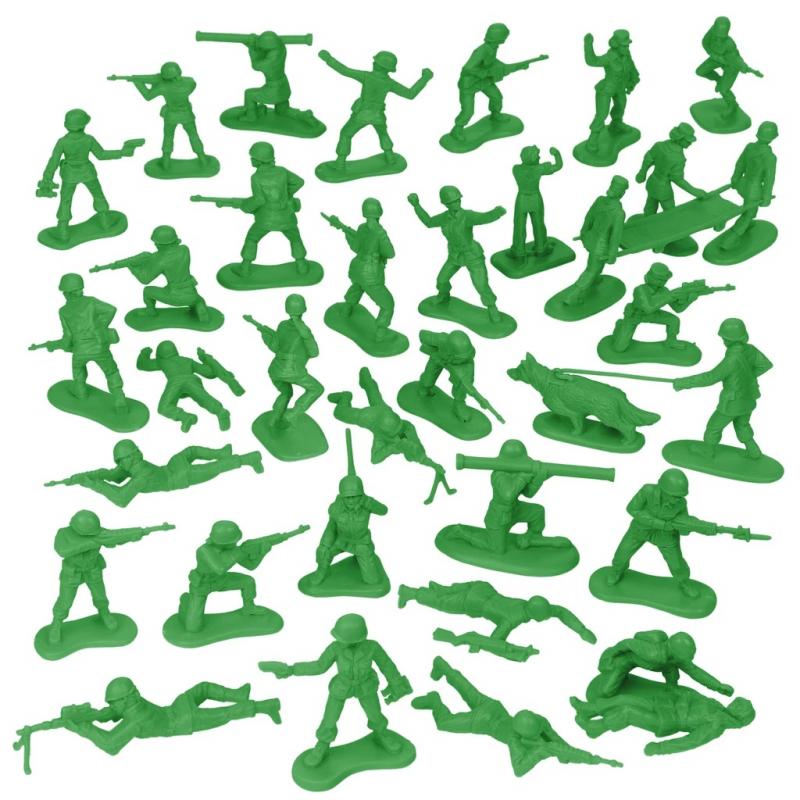 These troops stand up to 2.1 inches tall, are approximately 1:32 scale, and made from slightly flexible Medium Green color LDPE Plastic. The uniforms and equipment are modeled around the 1960 time period and fit with late Korean War and Early Vietnam War eras as well as training into the 1970s. The faces and figures are inspired by real soldiers from the early 1900s to the present.

This is a set of real American Made plastic heroes, meant to be set up, knocked down, picked up and played with for years to come. Packed in polybag with insert card and recommended for ages 5 and up.