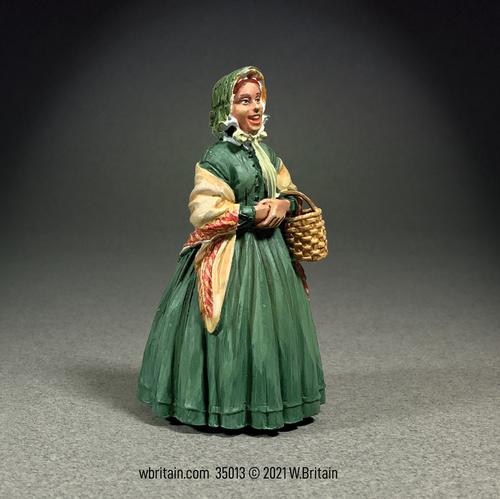 Betsy has escaped the chores of the house and finds herself with her basket on her arm heading to the Village Green to shop.  She fends off the chill of the morning with her lovely paisley wool shawl.  Scottish woven paisley shawls were first seen in the early 19th century and became the must-have accessory once Queen Victoria was observed sporting one in 1842.  They really hit their stride during the 1860's when the wide skirts of the era became the perfect foundation over which to drape the elegant and fanciful shawls.