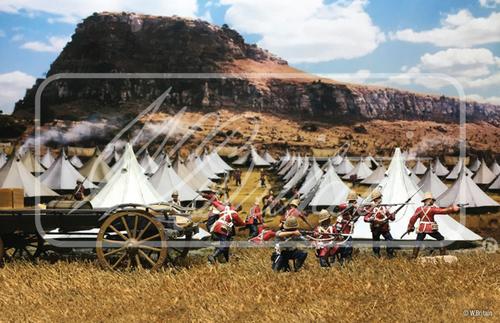 The Battle of Isandlwana, 22 January 1879 was the first major encounter in the Anglo-Zulu War. A Zulu force of some 20,000 attacked the invading British main column of about 2,000 soldiers, levies, and civilians. The battle was a decisive victory for the Zulus and gave the British their worst defeat against an indigenous foe.