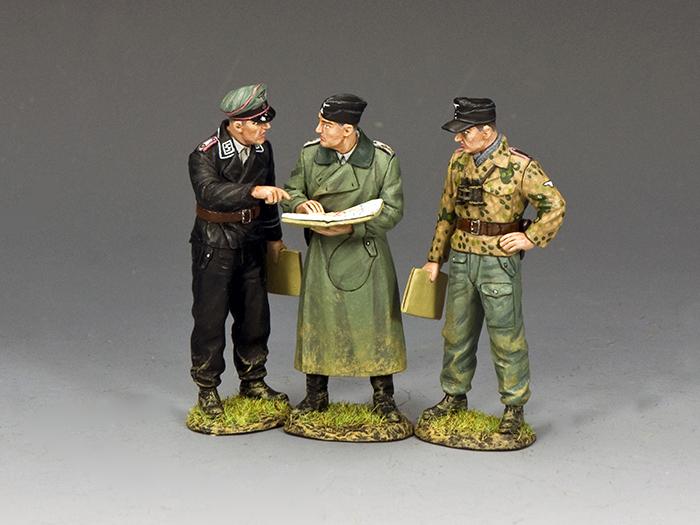 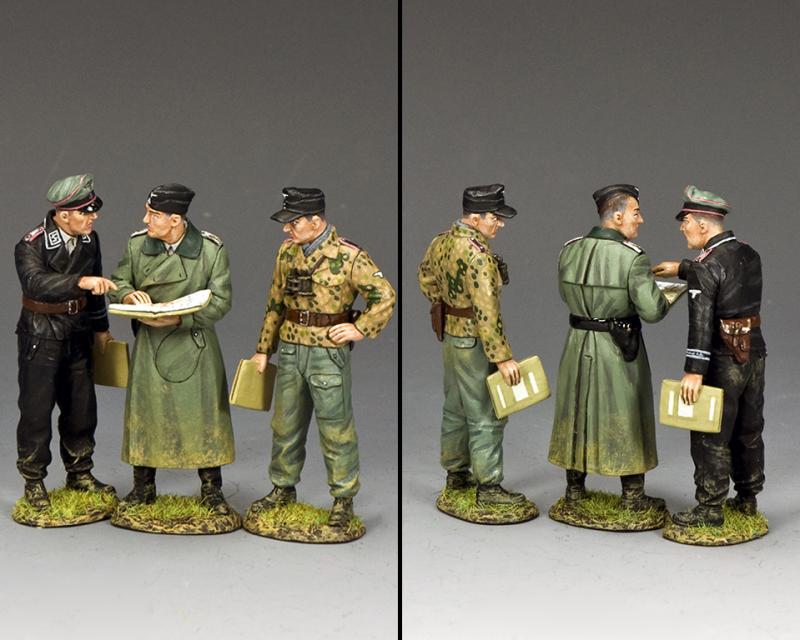 Three Panzer commanders gather together to discuss today’s plan-of-action.  During the Battle of Normandy, it was virtually impossible for any German vehicle to appear on the roads during daylight.  As the morning dawn begins to break, these three have already moved their tanks into position during the previous hours of darkness.  Now, they prepare for their ambush of the approaching Allied armour.