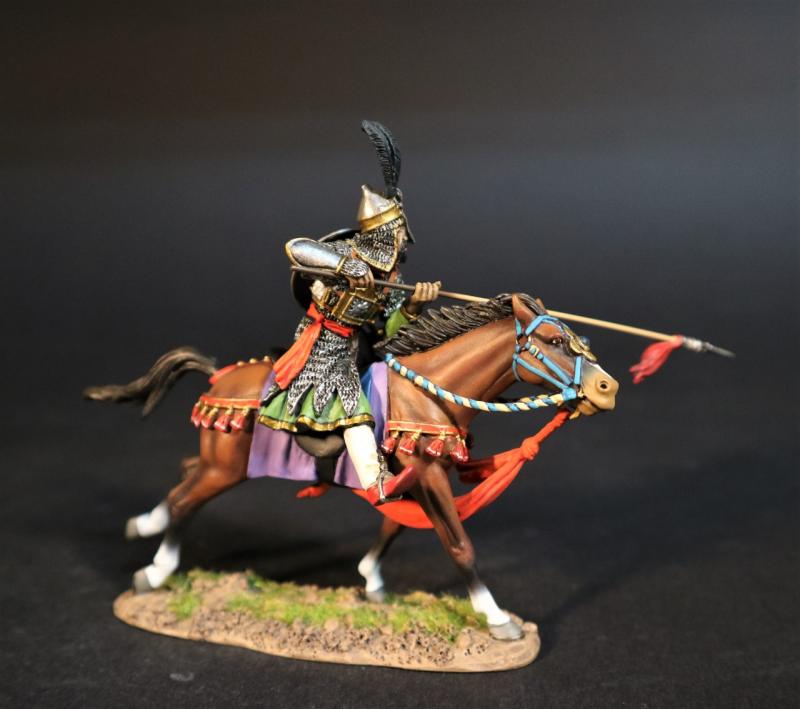 Bargir Cavalry Thrusting Spear Two-Handed with Shield on Back, The Maratha Empire, Wellington in Indian, The Battle of Assaye, 1803--single mounted figure
$108.00

Bargir Cavalry Thrusting Spear Two-Handed with Shield on Back, The Maratha Empire, Wellington in Indian, The Battle of Assaye, 1803