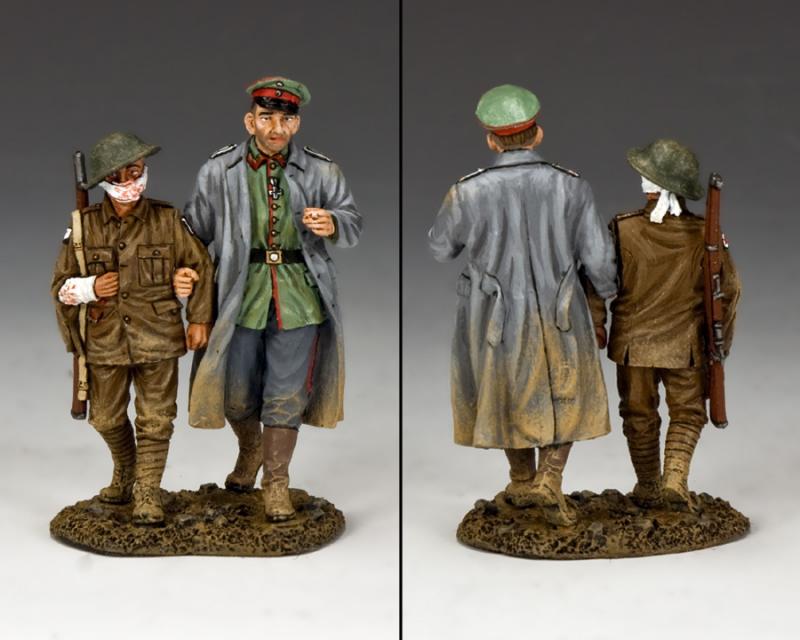 During WWI, as British casualties mounted, the urgent need for replacements forced the Army to lower its physical requirements (especially height) and allow smaller men to join up—in specially-formed Battalions called “Bantams”.  Here one of these smaller soldiers, although wounded, escorts a captured German to the rear.