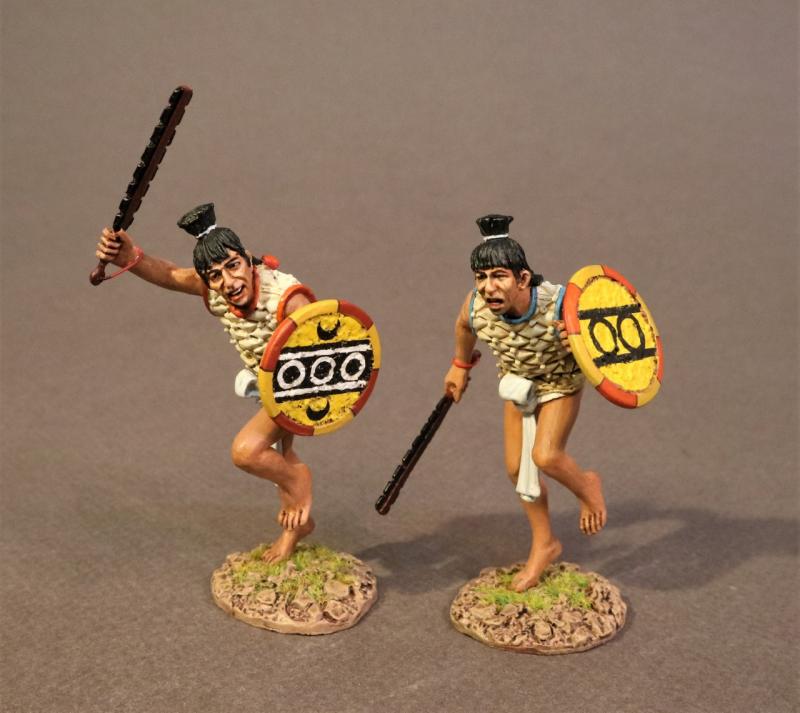 Aztec Warriors #3, The Aztec Empire, The Conquest of America—two figures
$88.00

Aztec Warriors #3, The Aztec Empire, The Conquest of America

The Peasant levy made up the core of the Aztec army.  These commoners had no access to extravagant armour, and usually wore simple quilted cotton armour.  Most of these troops were armed with a bow.  These archers were sometimes accompanied by shield-bearers, who were trained to defend the archers and were experts at deflecting arrows with their shields.