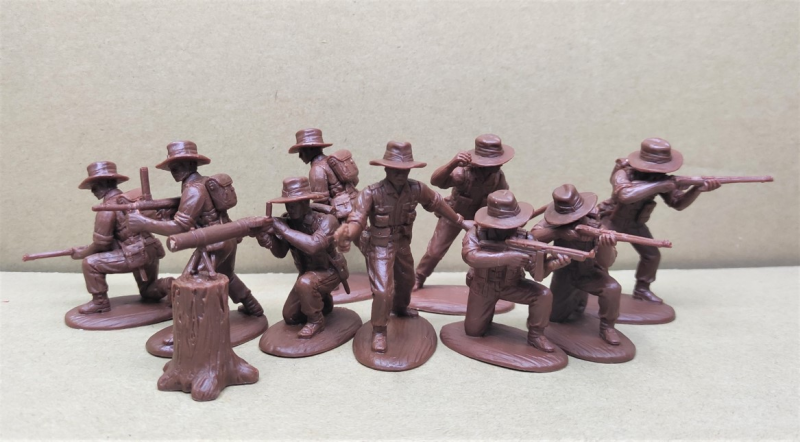 This set contains 9 model soldiers comprising of 1 officer, 1 light machine gunner and 7 infantrymen.  The weapons, heads, and arms are interchangeable to enable the assembly of at least 20 different postures.  This set is based on the models of 54 BFE 02 which we have already released.

The new items are the iconic Australian-designed Owen sub-machine gun and the Lewis light machine-gun with the drum cartridge.  Of course, the Australian bush hat as well, which the British called the slouch hat.