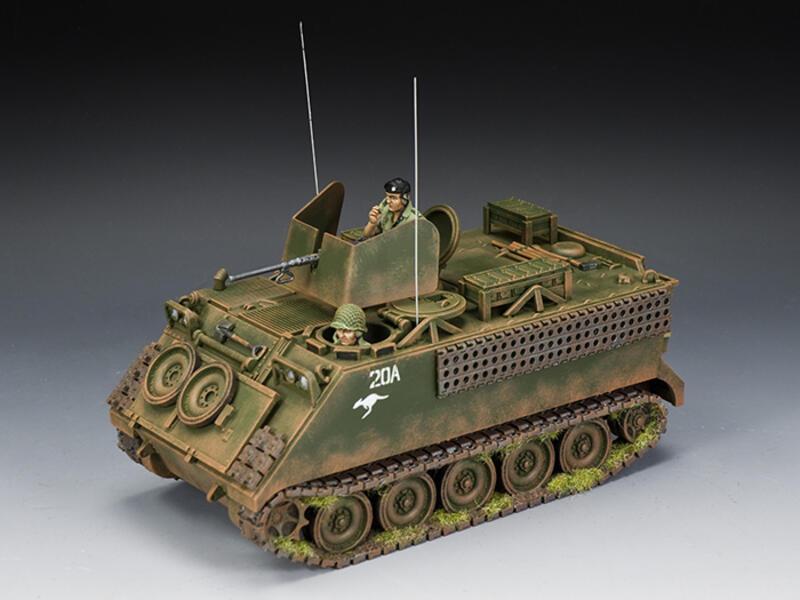 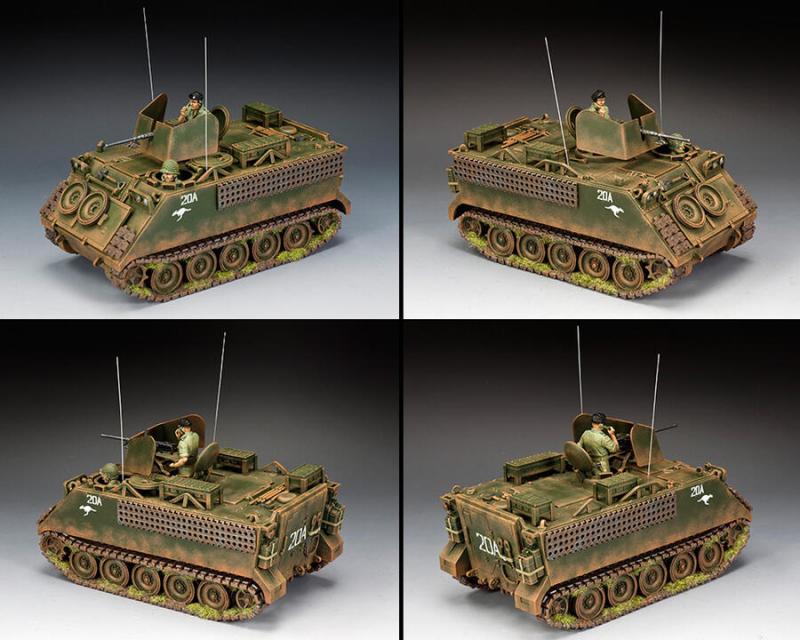 This is the second version of the Aussie M113 Armoured Personnel Carrier.  Our first version ‘sold out’ much faster than even we anticipated and since then K&C has had many request from ‘down-under’ and elsewhere for a suitable replacement M113 for all those collectors who did not manage to get one first time around or wanted on additional example for their collection.  So, here is the first example, with the call sign ‘Two Zero Alpha’.  As before, this M113 carries the .50 calibre machine gun protected by an armoured shield and with two crew figures, including the driver wearing the American M1-style steel helmet.