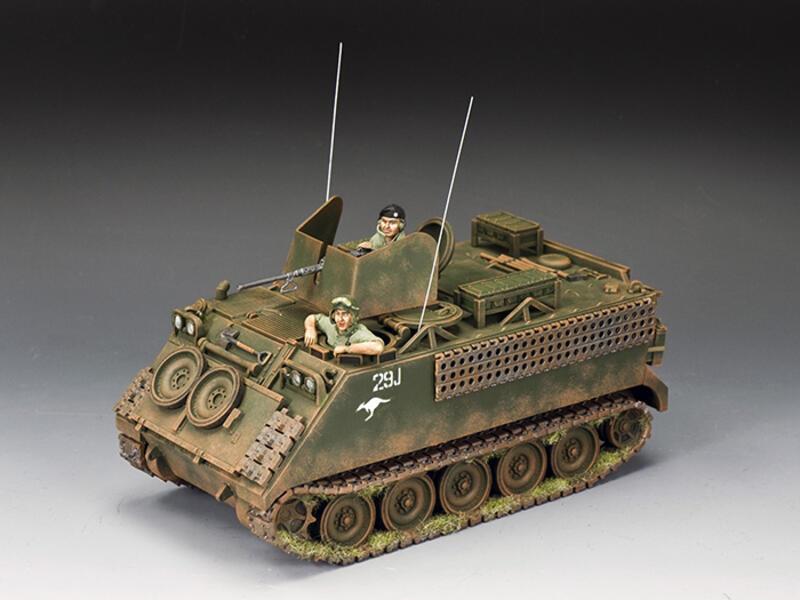 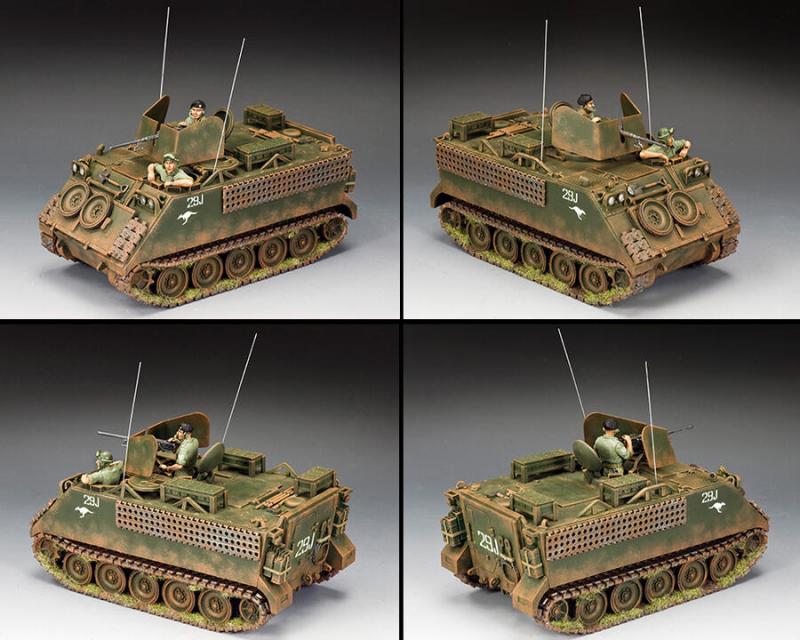 This particular M113 bears the call sign, “Two Niner Juliet” and would belong to the Troop Sergeant.  At this time, an M113 Troop comprised 3 sections of 3 vehicles plus a headquarters section that contained 4 vehicles and would include both the Troop Leader, usually a captain, in “Two Zero Alpha” and his second-in-command. (a Lieutenant or 2nd Lieutenant) in “Two Zero Bravo”.  The last of the four M113s would be “Two Niner Mike”... the Ambulance version of the Personnel Carrier.  “Two Niner Juliet” also has two original crew figures operating the vehicle.