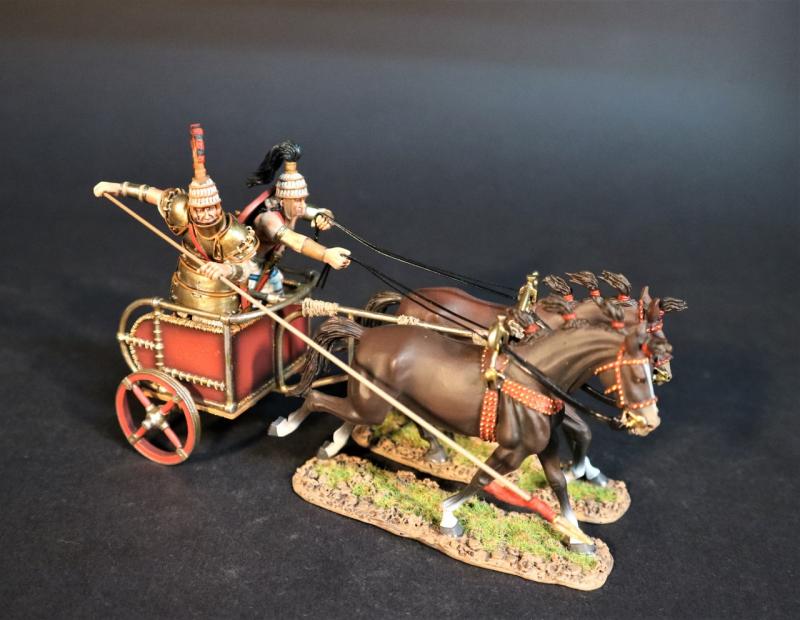 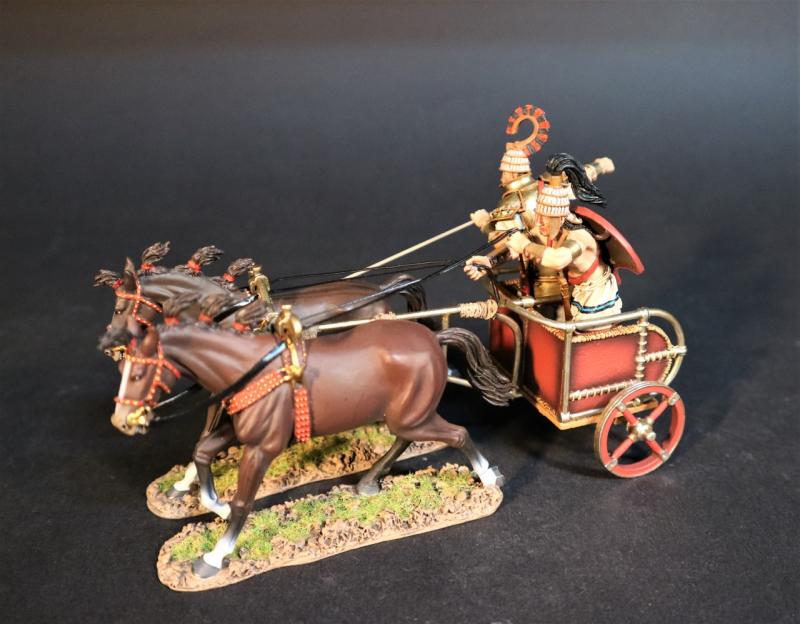 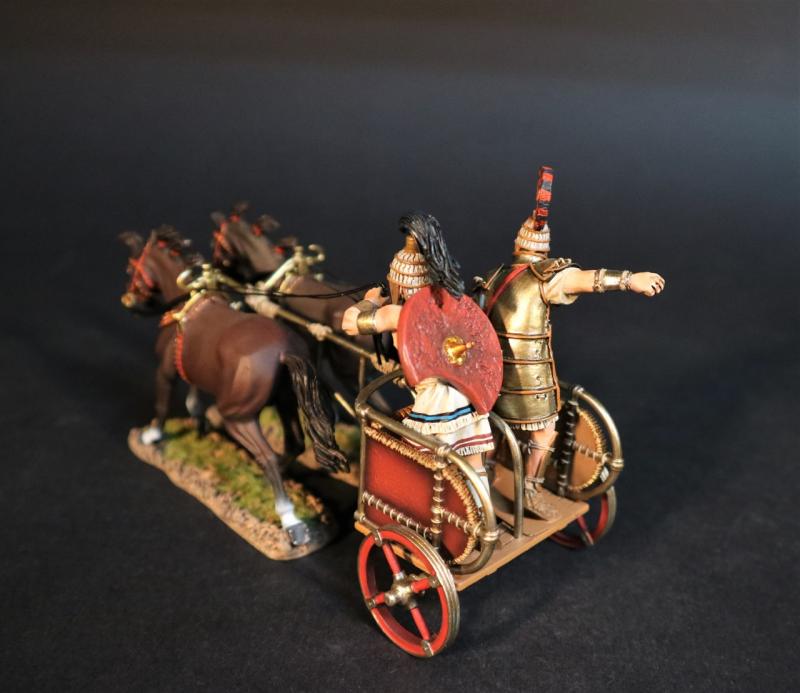 Antilochus was the son of king Nestor, and the brother of Thrasymedes.  He accompanied his father and his brother to the Trojan war.  He was distinguished for his beauty, swiftness of foot, and skill as a charioteer.

Though he was among the youngest of the Greek princes, he commanded the Pylians in the war and performed many deeds of valour.  He was a favourite of the gods and a friend of Achilles, to whom he was commissioned to announce the death of Patroclus.

When his father Nestor was attacked by Memnon, Antilochus sacrificed himself to save him, thus fulfilling an oracle which had warned to “beware of an Ethiopian”.  Antilochus’ death was avenged by Achilles, who drove the Trojans back to the gates, where he is killed by Paris.

His ashes, along with those of Achilles and Patroclus, were enshrined in a mound on the promontory of Sigeion, where the inhabitants of Ilium offered sacrifice to the dead heroes.

From what is known of chariot warfare it is unlikely that the chariots of this era were used in battle en- masse.  It seems more probable that a chariot warrior, armed with a round shield and a short spear, would dismount to fight, with his chariot retiring a short way in order to await events.  The traditional Mycenean chariot battle would see the chariots advance into contact with other chariots.  The heavily armoured warrior would brace himself levelling his long spear for the inevitable clash with his opponent.  As the lines of chariots inter-penetrated, the chariots would veer past each other, an unlucky warrior having been knocked from his vehicle by a well aimed thrust.

The heavy Dendra Panopoly, a suit of armour made from 15 pieces of beaten sheet bronze, would have been worn by the Mycenean warrior.

In the Iliad, Nestor delivers a pre-battle speech to the Greek chariotry.  He instructs the charioteers to control their teams so they can charge in formation, the warriors to thrust with the spear from their chariot as “the men before your time sacked tower and city”.  Nestor is known for reminiscing about his youth, where he had fought battles and gained experience of tactics that were falling out of use.

This seemed a suitable opportunity to depict one of Nestor’s sons, in traditional armour, as his father would have previously worn.