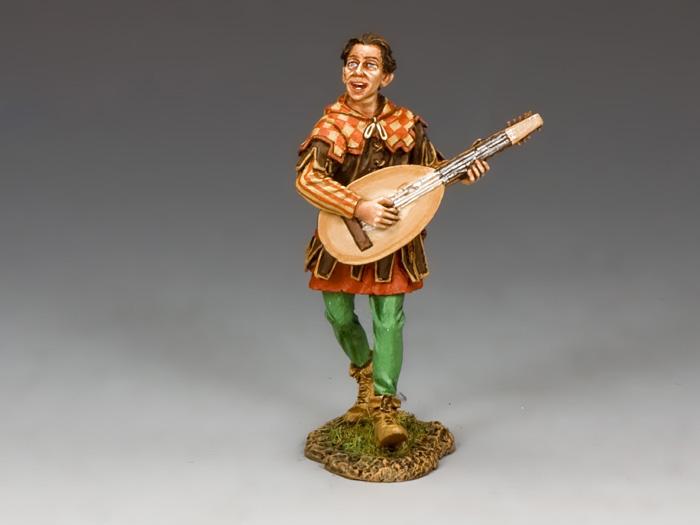 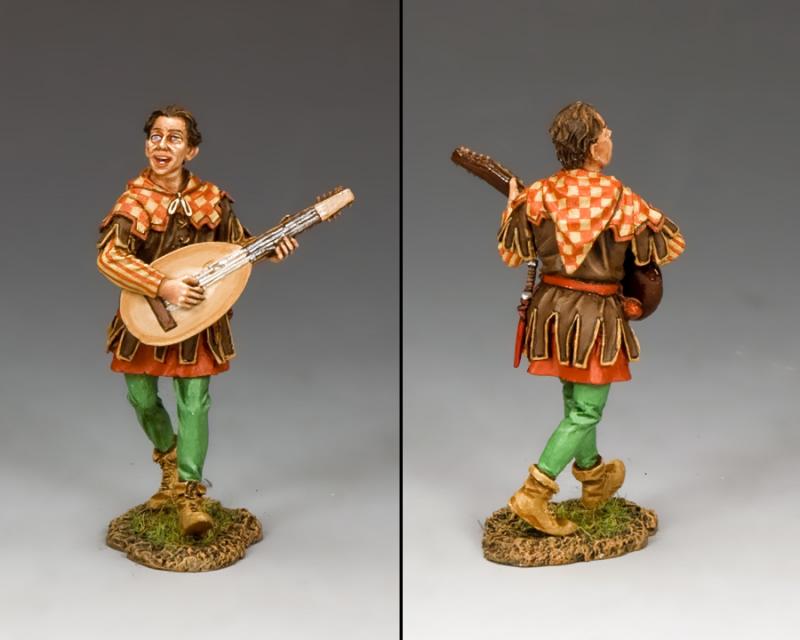 According to legend, Alan-A-Dale was a wandering minstrel who wandered into Robin’s band of “Merrie Men”... and joined them!  In more modern times, he was played by the very popular “Elton Hayes” in the Walt Disney film, “The Story of Robin Hood and His Merrie Men” made back in 1952.  Our K&C figure is closely modelled on the Elton Hayes interpretation of “Alan-A-Dale.”