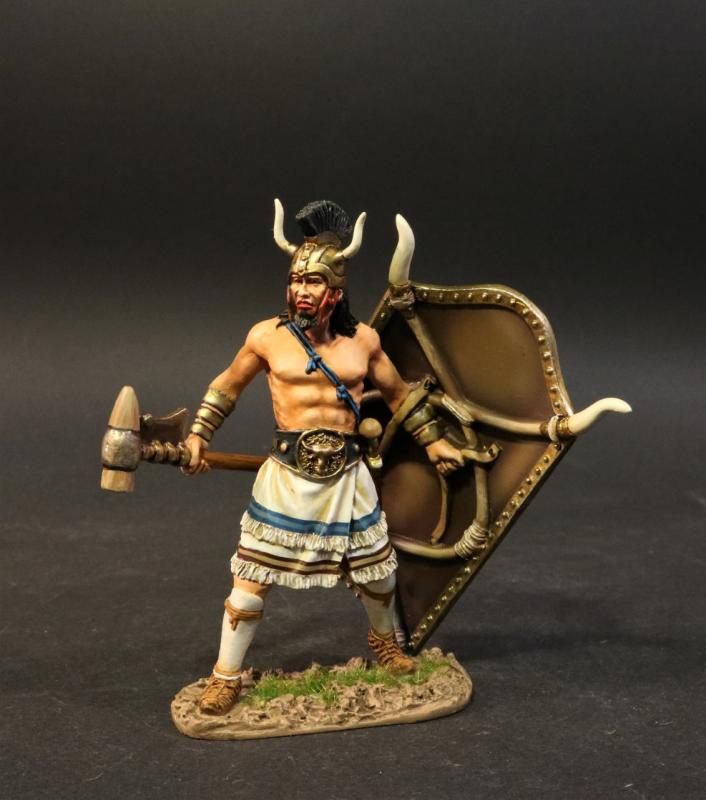 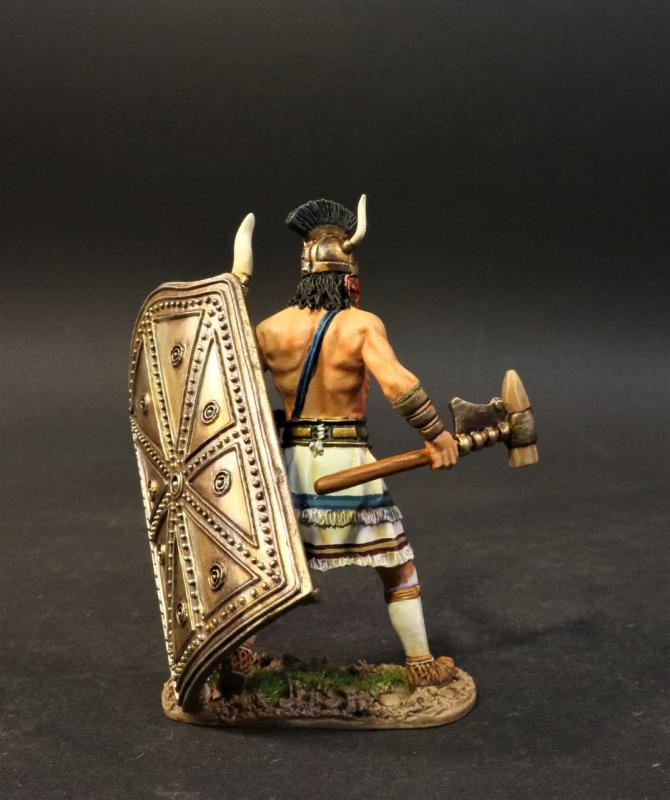 Ajax the Great, The Greeks, The Trojan War--single figure
$58.00

Ajax the Great, The Greeks, The Trojan War

AJAX THE GREAT
Ajax was the son of King Telamon and Periboea, and the half brother of Teucer.  He is portrayed as a towering figure, and a warrior of great courage.

In the Iliad, Ajax is notable for his abundant strength and courage, and was chosen by lot to meet Hector in a duel which lasts most of a whole day.  The encounter ended in a draw, with Ajax presenting Hector with a purple sash and Hector giving Ajax his silver sword.  The second fight between the two heros occurs when the Trojans break into the Mycenean camp, and the fight takes place amongst the Greek ships.

Ajax is responsible for the death of many Trojan lords, including Phorcys.  According to Hyginus, in total, Ajax killed 28 people at Troy.