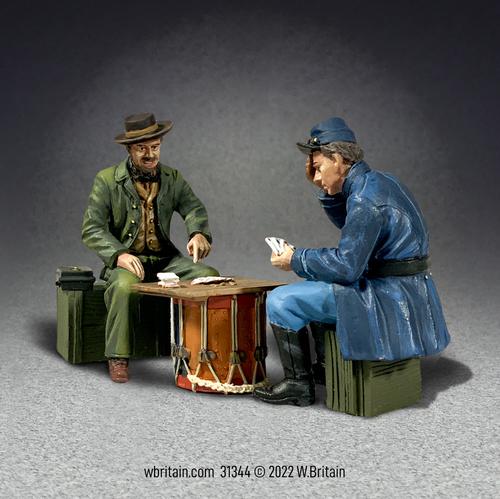 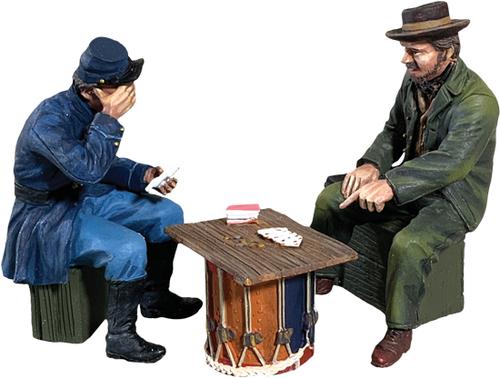 For the most part, war is comprised of hours of boredom punctuated by moments of violence.  To fill the monotony inbetween, soldiers would tend to their kit and drill.  Some gathered in song and played musical instruments.  Others read or wrote letters home.  Or they gambled.  While many officers discouraged gambling, some did not.  Union Generals Phil Sheridan and U.S. Grant were avid poker players.  As were Confederate Generals Nathan Bedford Forrest and John Bell Hood; Robert E. Lee was not found of gambling.  The game of poker spread across America with the Mississippi riverboat, so much so that the term “Riverboat Gambler” would be used to describe any nattily dressed highroller.  Far too often, such cardsharps would wander into camp and take advantage of some poor, bewildered farmboy to separate him from his wages.