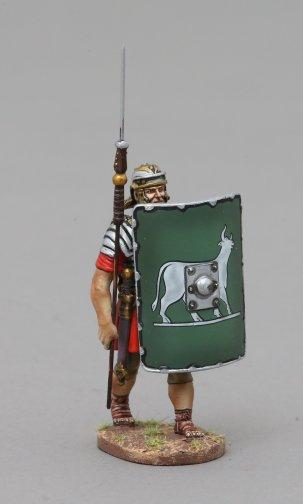 Advancing Legionnaire with Pilum raised with reworked base and shield boss painted silver.