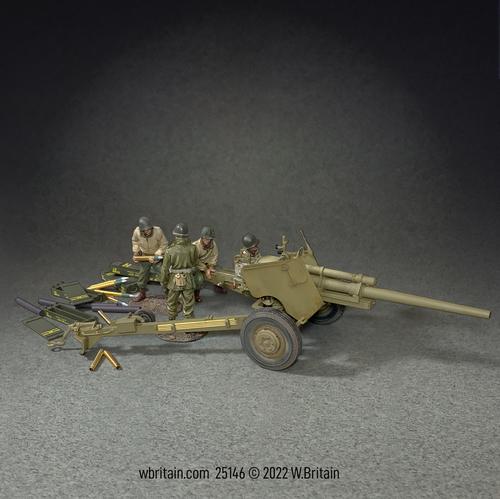 In December 1941, the U.S. Army approved the 3-inch anti-tank gun M5 for service.  Although production was quickly pushed through in 1942, the weapon did not reach the frontlines until 1943.  Output for the first year only totaled 250 units followed by 1,250 units in 1943, all of which were then pressed into service.  1944 saw 1,000 additional guns added and total manufacture reached approximately 2,500 weapons by the end of the war.