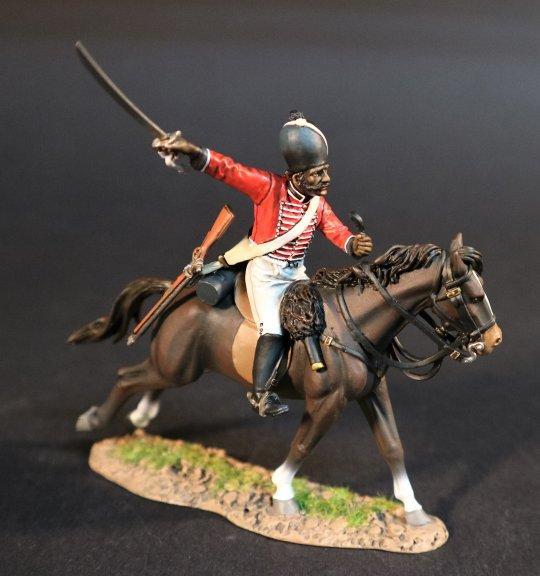 India did not see many King’s cavalry regiments, with only the 19th Light Dragoons serving in the country at this time. The effectiveness of the 19th Light Dragoons was considerable, and as a result the EIC soon started to raise native cavalry regiments.
They were of course organized along the lines of a King’s regiment, in that they were made up of 3 squadrons, each of two troops and totalling 517 men. A troop at full strength was made up of 3 British officers, 3 Indian officers, 8 Indian NCO’s, a trumpeter, a water carrier and 70 troopers.
The Commanding officer was always a European.
Like their infantry counterparts the native cavalry were well trained and capable of carrying out battlefield maneuvres by troop or half troop as well as any European regiment.