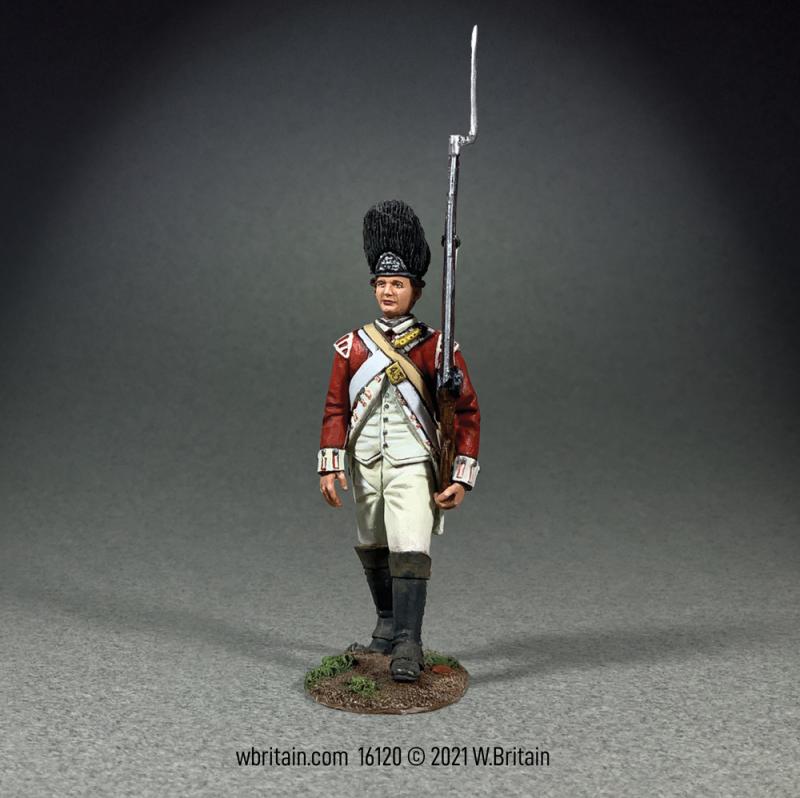 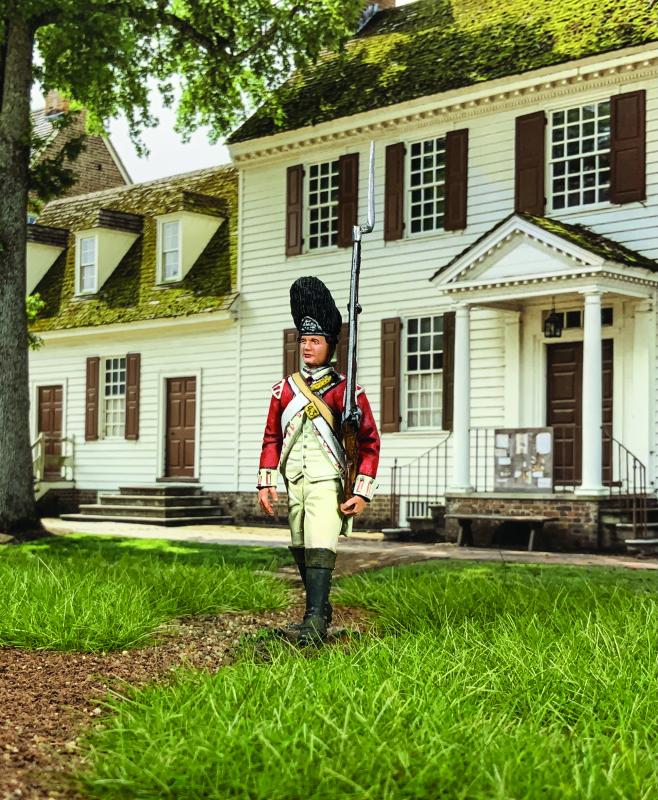 The 43rd Regiment of Foot arrived in North America in 1774 and remained there through the American War for Independence. The Grenadier and Light Companies participated in the Battles of Lexington and Concord. The regiment participated in the Battle of Bunker Hill and the Grenadiers formed part of the assault force attacking Breed’s Hill. Colonial troops holding the hill used most of their ammunition repelling the attacks. And, unlike the soldier seen here, they lacked bayonets and could not withstand the third and final British assault. After 1777 the regiment received white cross-belts with brass plates, in place of the body belt. Their coats were faced with white, and the buttons were of pewter, with the number 43 stamped on them.