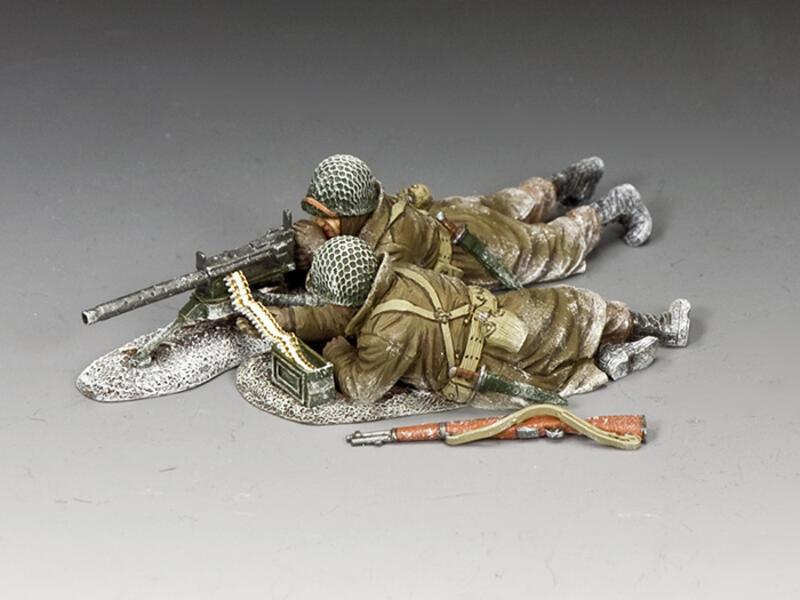 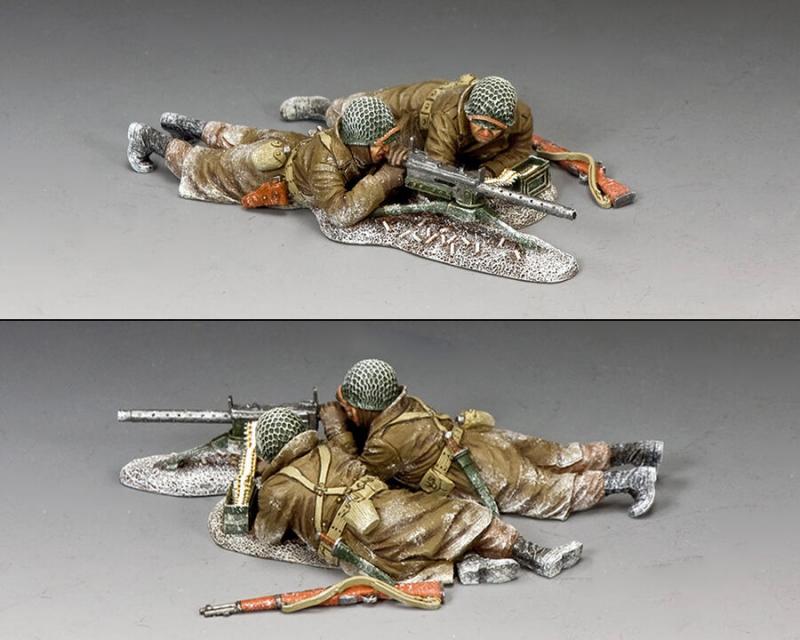 Another of John M. Browning’s masterpieces, the ‘Model 1919’ was originally developed as a general purpose machine gun for the U.S. Cavalry, for use in its tanks and armoured cars or, in the ‘ground role’ mounted on a tripod.  The U.S. Infantry liked the weapon so much that, during WWⅡ, they introduced a rifle-style butt in addition to the more familiar pistol grip.  The heavy barrel was air-cooled using a perforated jacket.  The gun’s tripod mount could be adjusted allowing the gunner to utilise both the ‘sitting’ and ‘lying prone’ positions.

Our two-man team is in the prone position, with the gun’s ‘Number 2’ feeding the ammunition belt into the M1919 with his M1 Garand lying next to him.