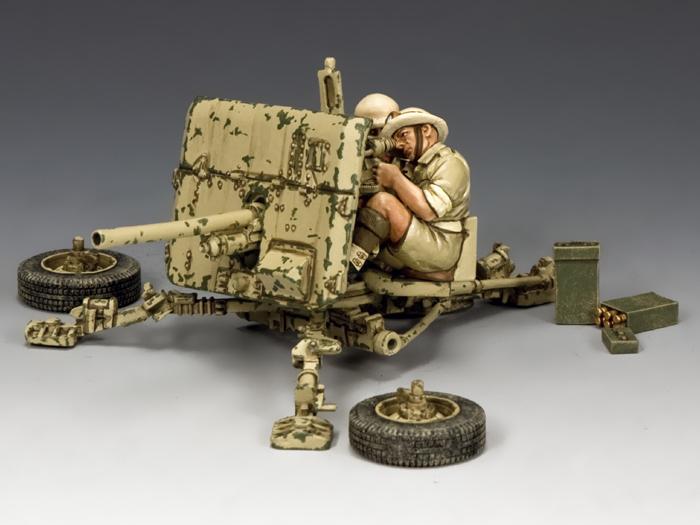 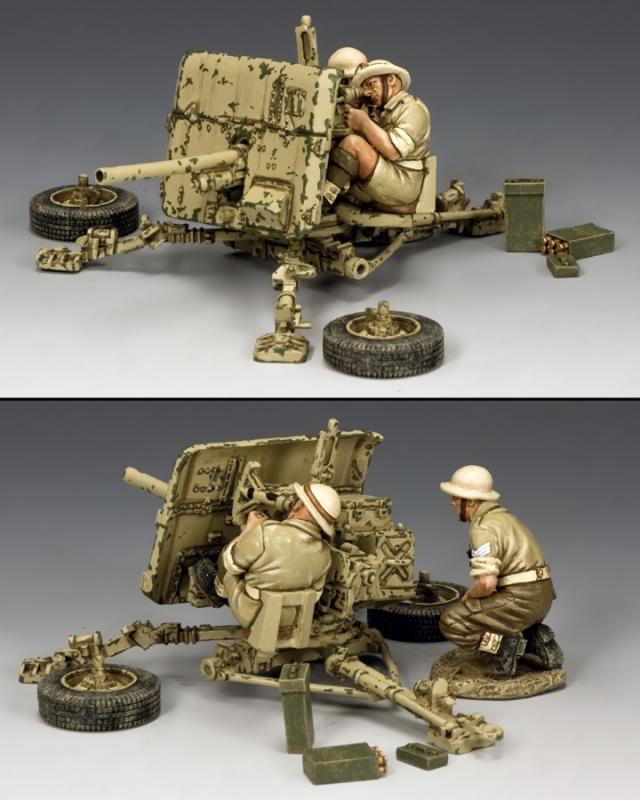 The Ordnance QF 2-Pounder was a 40mm British anti tank gun employed by British and Empire Forces in the first half of the Second World War.  It was also actively used in the Battle of France and during the Desert Campaign from 1940-42.

This British version comes with a 2-man crew.  Note the British “black boots”!