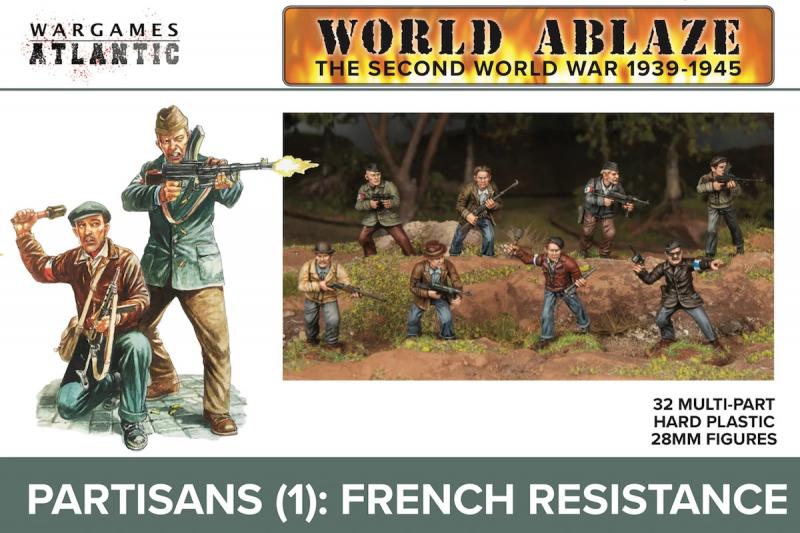 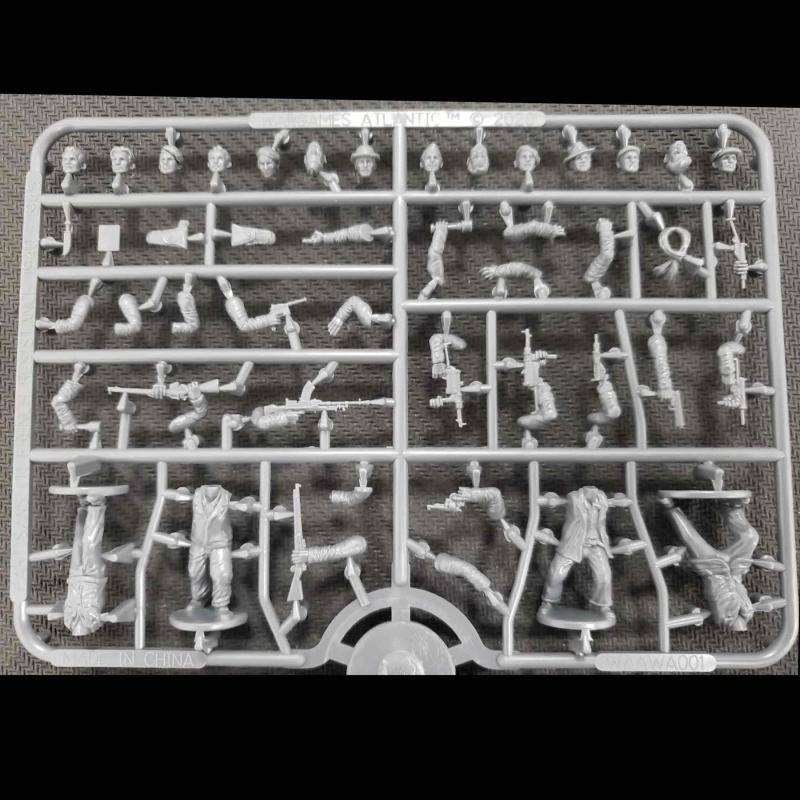 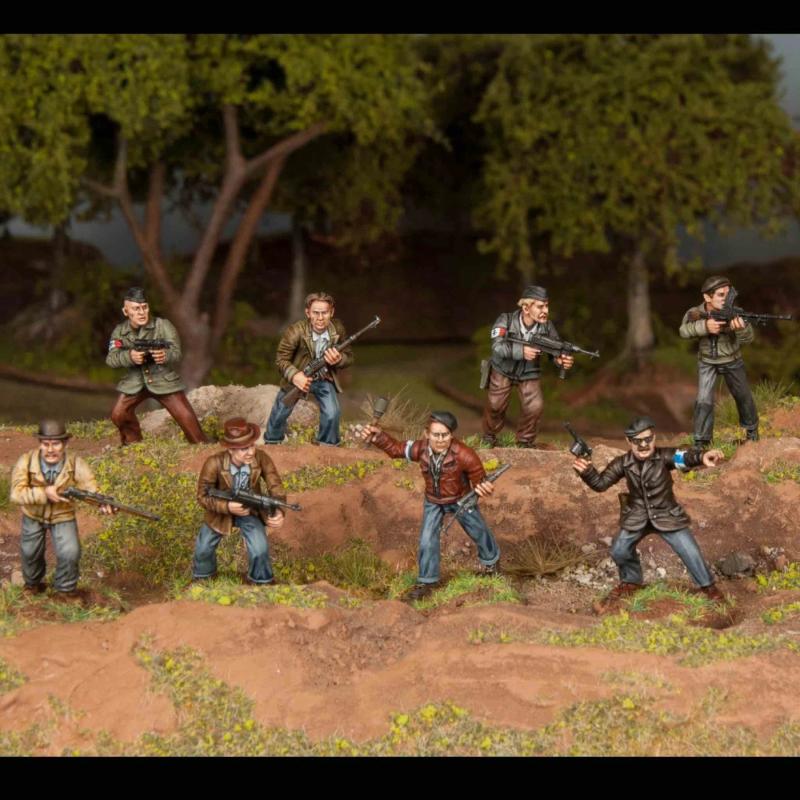 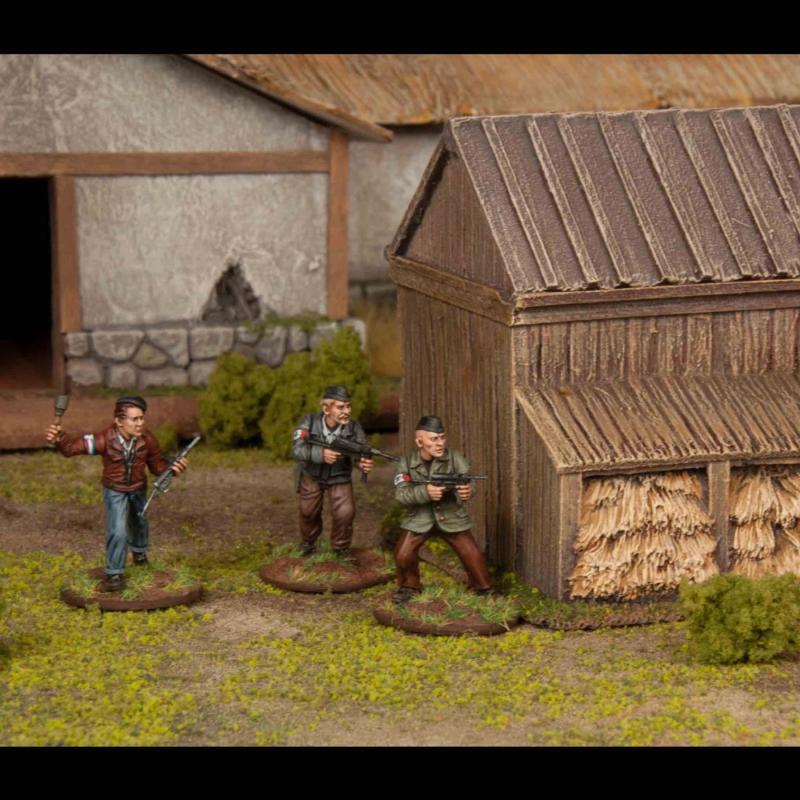 1940. France is occupied by the Germans and the Vichy government does Hitler’s bidding. In the cities and throughout the countryside, brave bands of French men and women work together to slow the Nazi war machine. Air drops of supplies, weapons, and communication gear by Allied forces help keep France in the fight.

This hard plastic box set allows you to build up to 32 partisans equipped with rifles, grease guns, MP-38/40s, Bren guns, Sten guns, grenades, pistols, and more. The set also includes a wide variety of head types to allow for use in other theaters and conflicts.