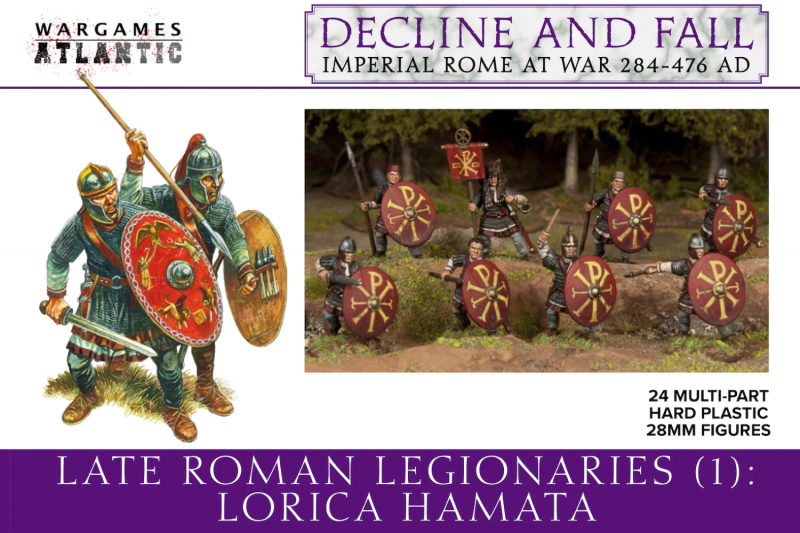 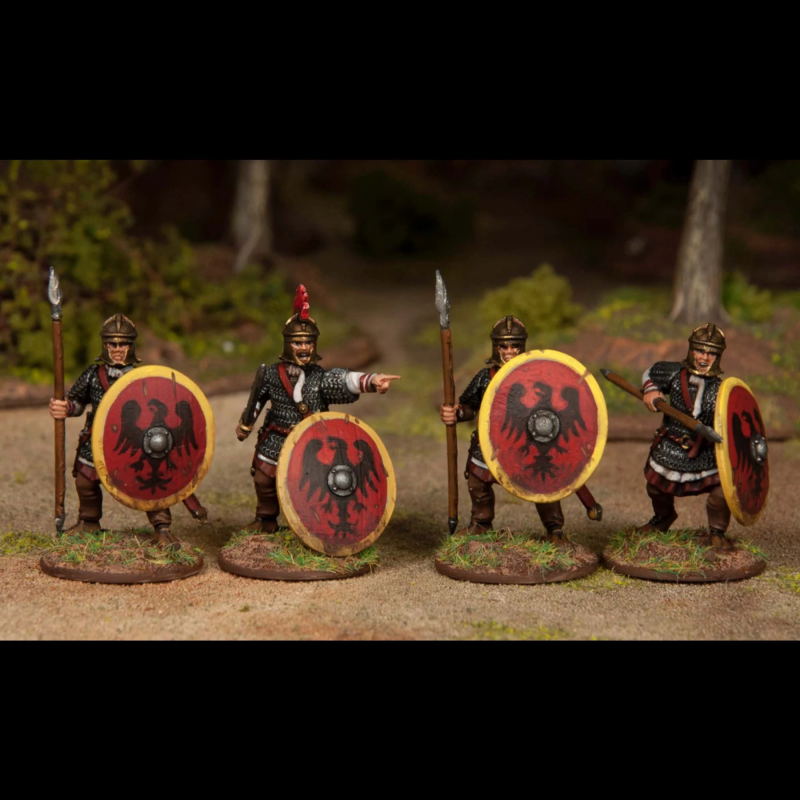 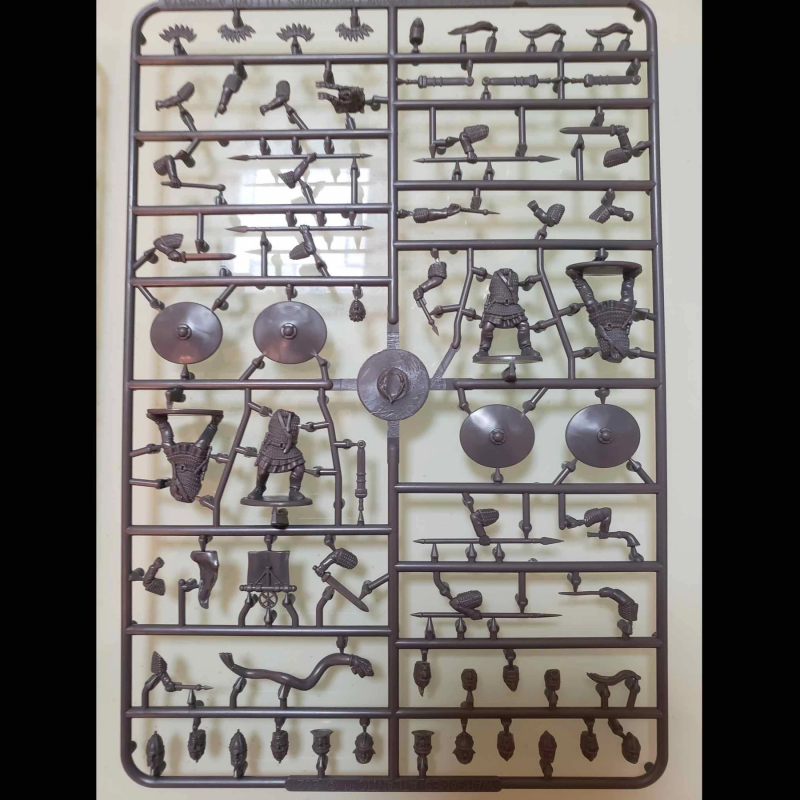 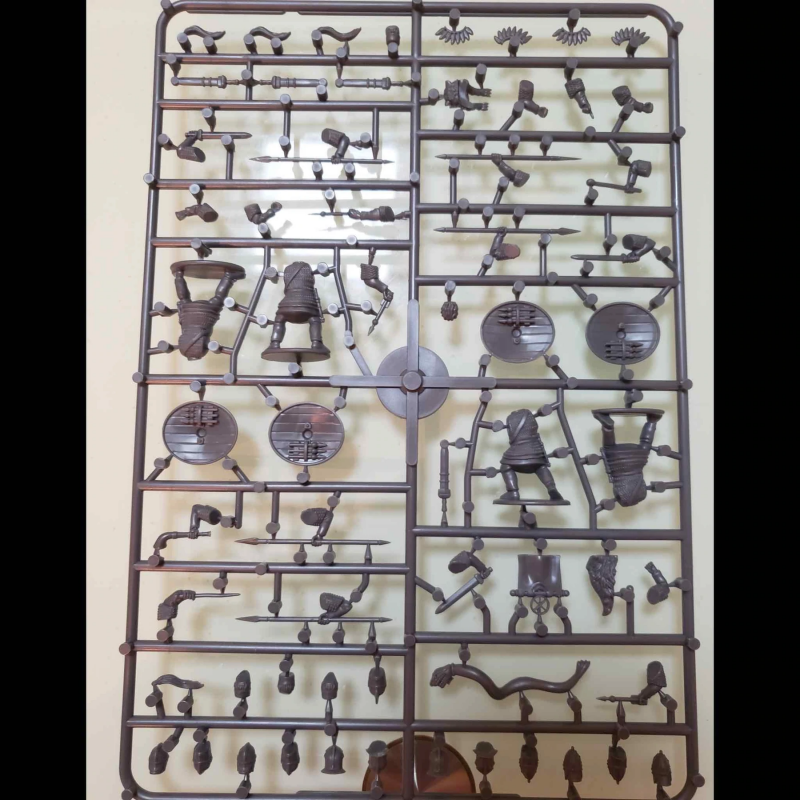 “In this sign, conquer”. The legions underwent significant expansion and changes through Diocletian and Constantine’s reforms but by the late 6th century would become almost unrecognizable. Still, the legionaries fought across the whole of the Roman world against Pict and Irish raiders in Britannia, Vandals in North Africa, Sassanid Persians in Mesopotamia, and the never-ending onslaught of migrating Germanic and Hunnic tribes. More often than not they fought in brutal civil wars to determine who would be Emperor.

This hard plastic set allows you to build up to 24 legionaries with spatha, spear, and plumbata along with two types of standards and full command. This set provides three different helmet options: the Niedebieber, ridge, and Spangenhelm styles along with the fur “Panonnian” cap. There are two types of crest options and extra heads to create command. This set can also be used to create armored warriors for many Dark Age armies including Goths, Burgundians, Saxons, Franks, and the Romano-British among others.

You will also be able to pair this box to provide up to six units-worth of command for the upcoming ARMY BUILDER set WAALR003! And look for more sets in the Decline and Fall range to come.