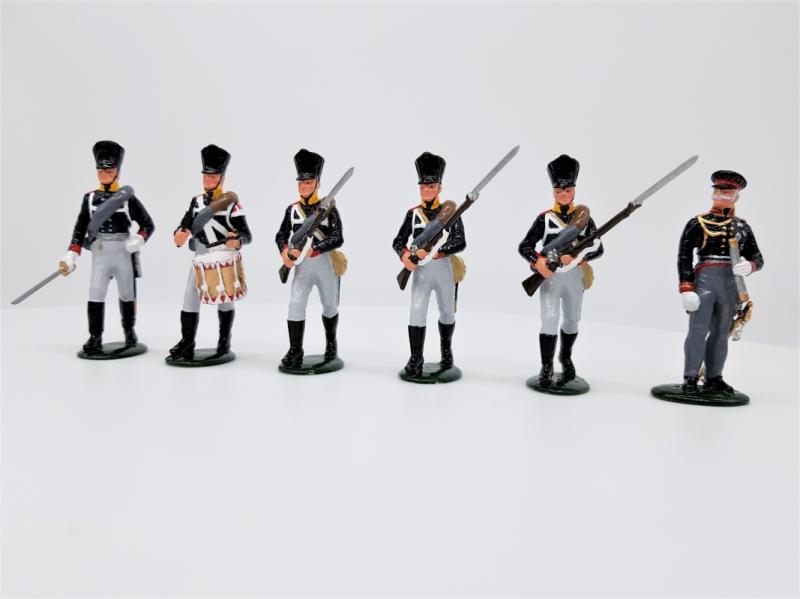 Born into a military family, Gebhard von Blucher was split between the army and life as a farmer. Joining the Swedish army as a cavalryman in 1742 he took part in three campaigns against Prussia's Frederick the Great.

Captured by his enemy in 1760, he changed sides and became a loyal, but uncontrollable soldier. His untamed behaviour led to his suggested retirement in 1773 and he took to the plow with gusto.

A recall restarted his military career and he served with distinction against France's revolutionary armies . Blucher's dislike of the French grew into an almost psychotic hatred and when his pleas for war against Napoleon Bonaparte were finally agreed to, he abandoned farming with a great desire to spill French blood.

The 1806 campaign , and particularly the Prussian disaster of Auerstadt , led to his enforced retirement and it is said Bonaparte demanded he be sacked from the army. When Prussia again took up arms against the French in 1813 , Blucher's zeal was tempered with the brains of General Gneisenau .Always courageous, the old soldier's desire to kill Frenchmen often tainted reason.

Blucher fought with typical ferocity at Lutzen , Bautzen , Katsbach and Leipzig , followed by the invasion of France . During that campaign he was defeated by Bonaparte at Champaubert , Montmirail , Chateau Thierry , Vauchamps and Craonne , before Prussia beat the emperor at Laon.

After Bonaparte's abdication, Blucher returned to his estates in Silesia, but upon the return of his nemesis he was reappointed to command the black-coat army. Badly beaten at the battle of Ligny, Blucher managed to overcome injuries to lead his troops against the French right wing at Waterloo and helped seal the Allied victory over Bonaparte.