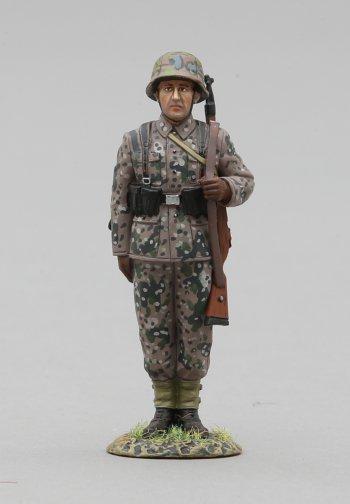 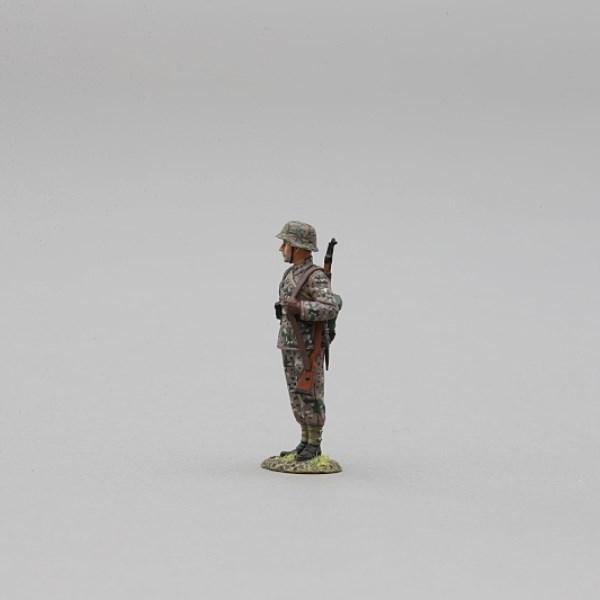 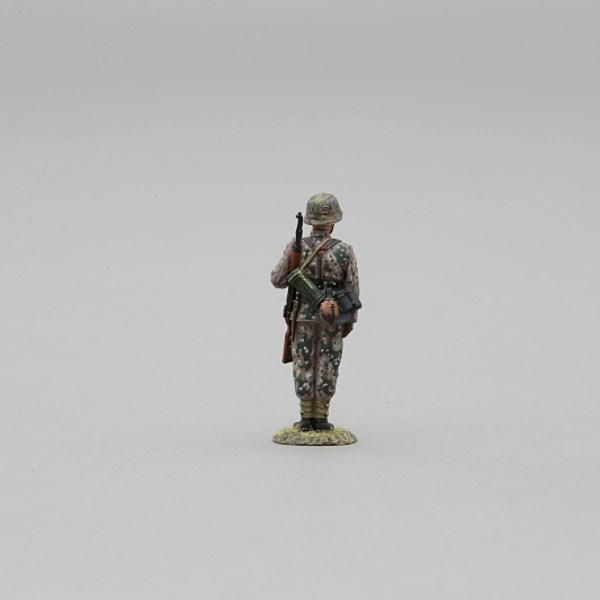 The 12th SS Panzer Division "Hitlerjugend" was a German SS formation during WWII, the majority of its enlisted men were young members of the Hitler Youth, some of them aged just 16 years old, while the senior NCO'S and officers were from other SS units.  The division was renowned for its tenacity in battle, but it also gained notoriety for war crimes committed against civilians and captured Allied troops.  During the Normandy campaign, the division suffered 80% losses and was withdrawn for refit, where it took part in the Battle of the Bulge.  After this failed offensive, the division was then transferred to Hungary, but as defeat stared Germany in the face, the 12th SS managed to extract itself from the Soviet advance and surrendered to American forces in Austria.  Several of its leading figures were put on trial for war crimes after the war.
Synonymous with the SS was the pea dot pattern fabric, which was one of a family of German WWII camouflage patterns and first issued to the SS in early 1944.  The pattern had four main colors, arranged as small rounded areas dotted over large irregular areas.  The makeup of the dye was subject to local availability, which was then becoming somewhat erratic with artificial and cheaper dyes being used by some manufacturers.
Limited Edition of 100.