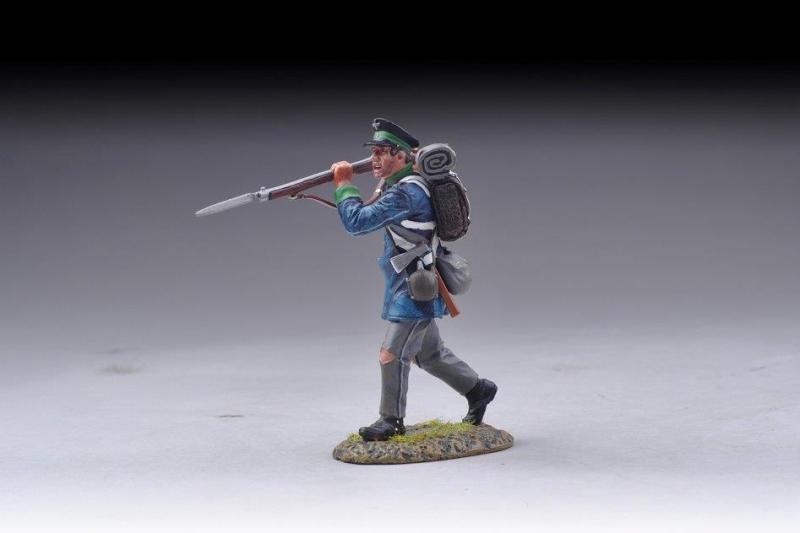 Another charging figure, but this time with his musket raised as he prepares to thrust his bayonet into the enemy!