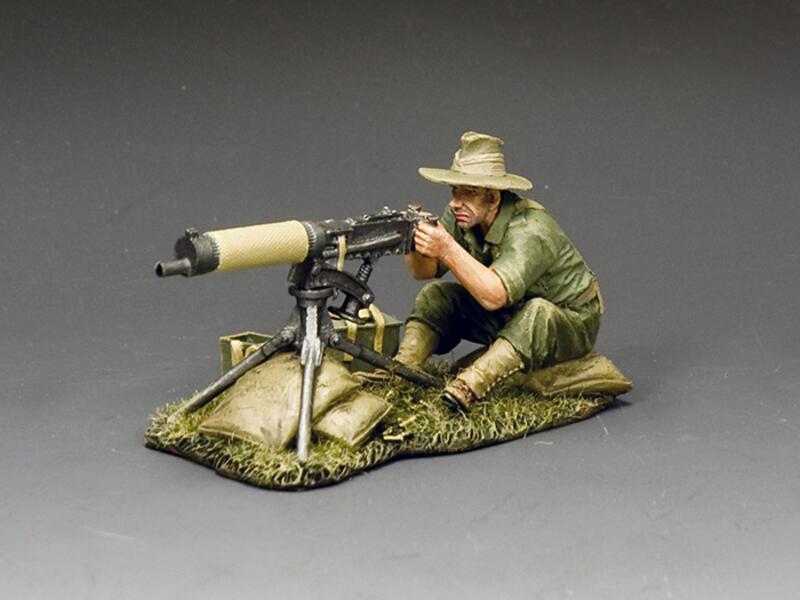 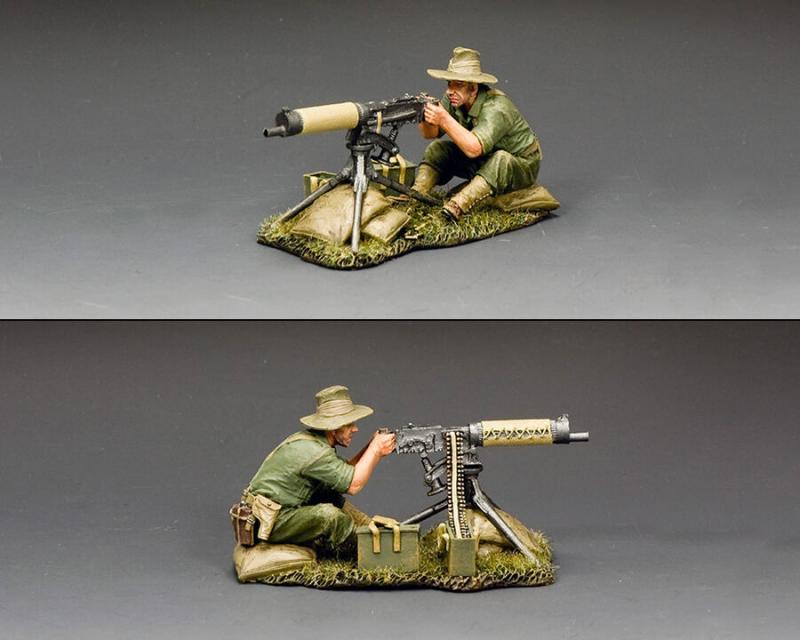 The Vickers Machine Gun or ‘Vickers Gun’ was the name given to the British, water-cooled, .303 heavy machine gun used by British and Empire armies in two World Wars and countless other conflicts from its introduction in 1912 until its retirement in 1968… more than 56 years on ‘active service’, a record virtually unmatched by any other British infantry weapon.  This gun had a reputation for great solidity and reliability and was based on the highly successful Maxim machine gun of the late 19th Century.  These sterling qualities endeared the Vickers to every Australian soldier who ever fired it.

Our ‘Digger’ sits perched on a sandbag behind his gun complete with ammunition boxes and ready to open fire on the enemy.