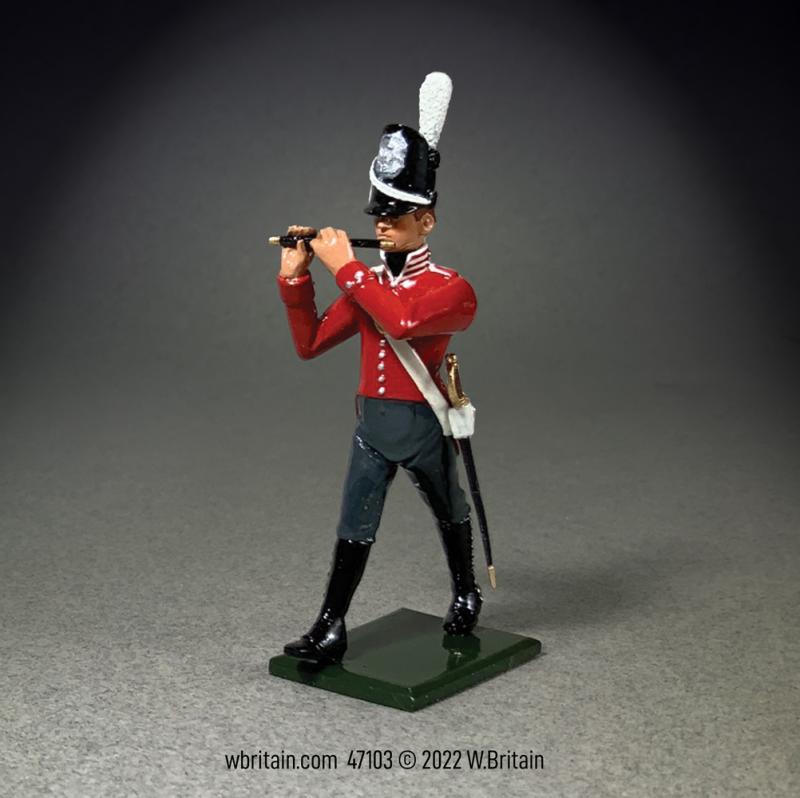 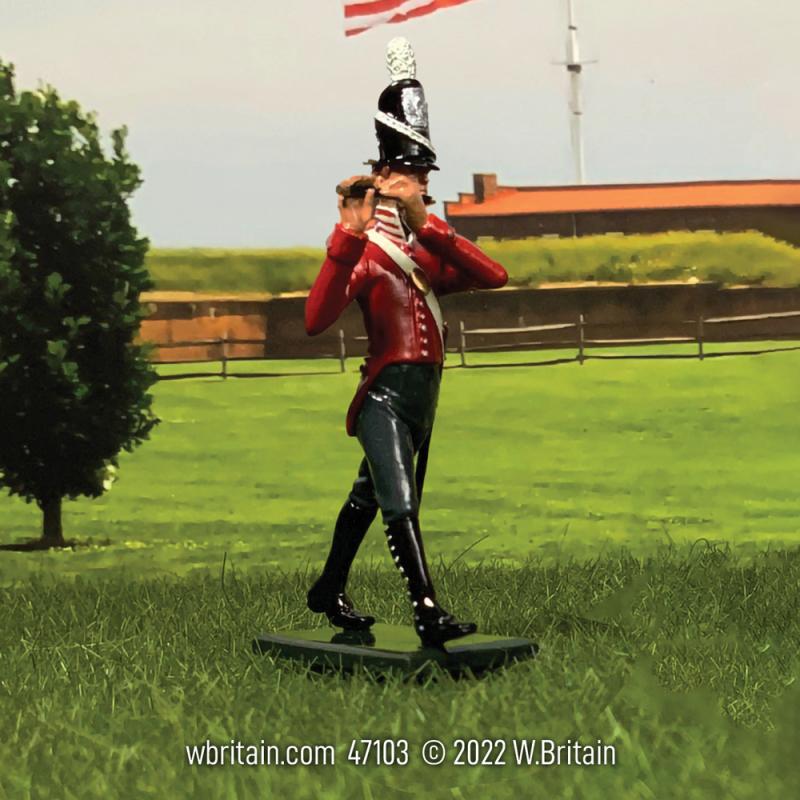 On 23 Jan. 1813, the Secretary of War acknowledged receipt of the new model infantry cap and approved it. These new caps were leather replacing the earlier felt models and were almost identical in style to those adopted by the British Army in 1812. This “tombstone” style cap had the front raised above the main body of the cap, with a short leather “poke,” or brim at the front. The caps were fitted with a braided cord and tassel, black leather cockade with a pewter eagle was on the left side with a white worsted woolen pompon fixed above. White metal cap plates of various designs are known to have been worn at the front of the cap, some struck with a regimental number. This style cap was worn by the army at least until 1821.