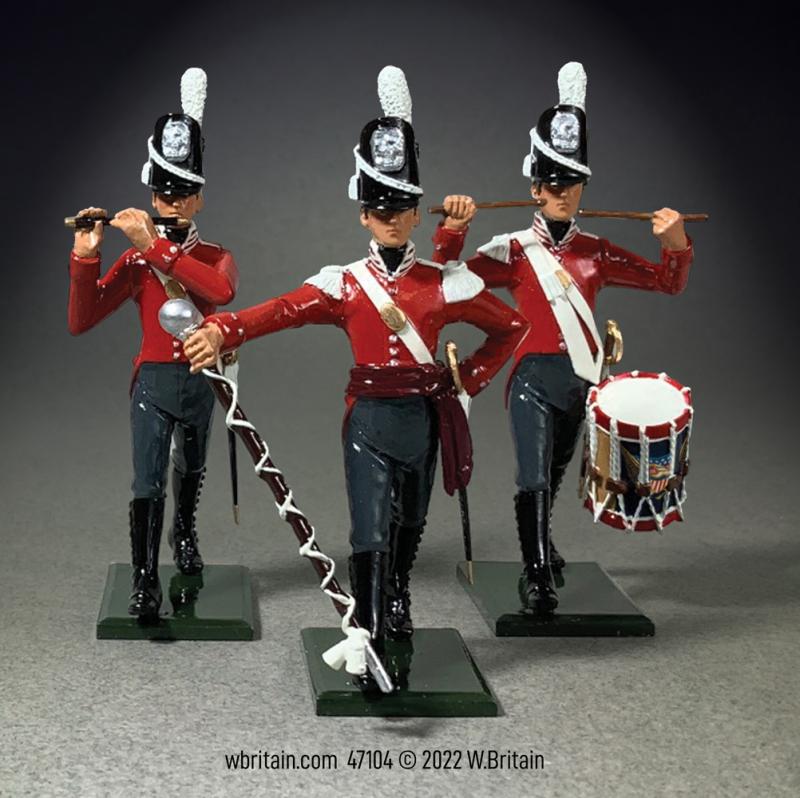 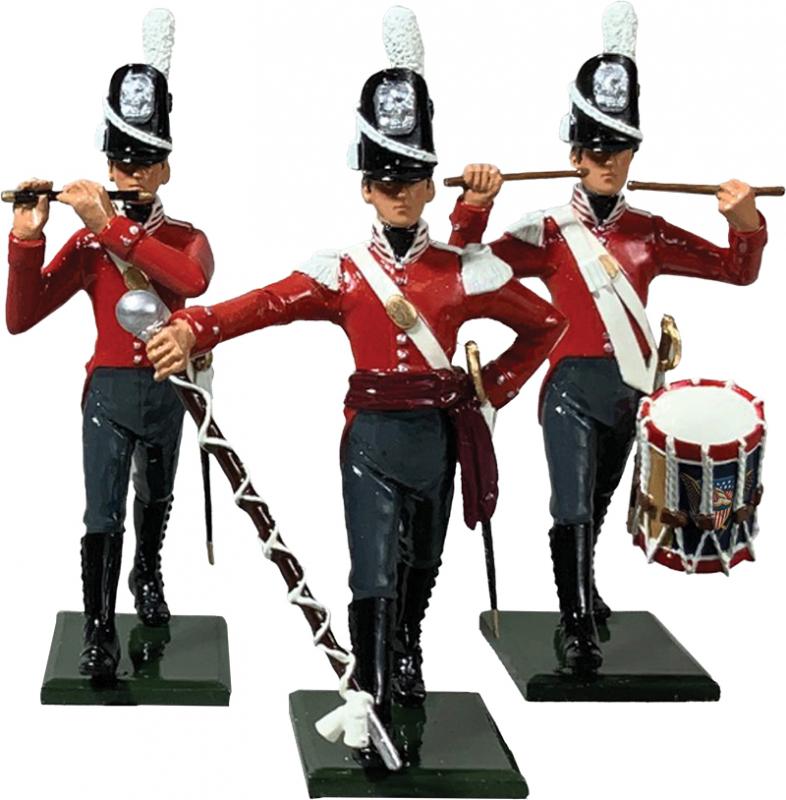 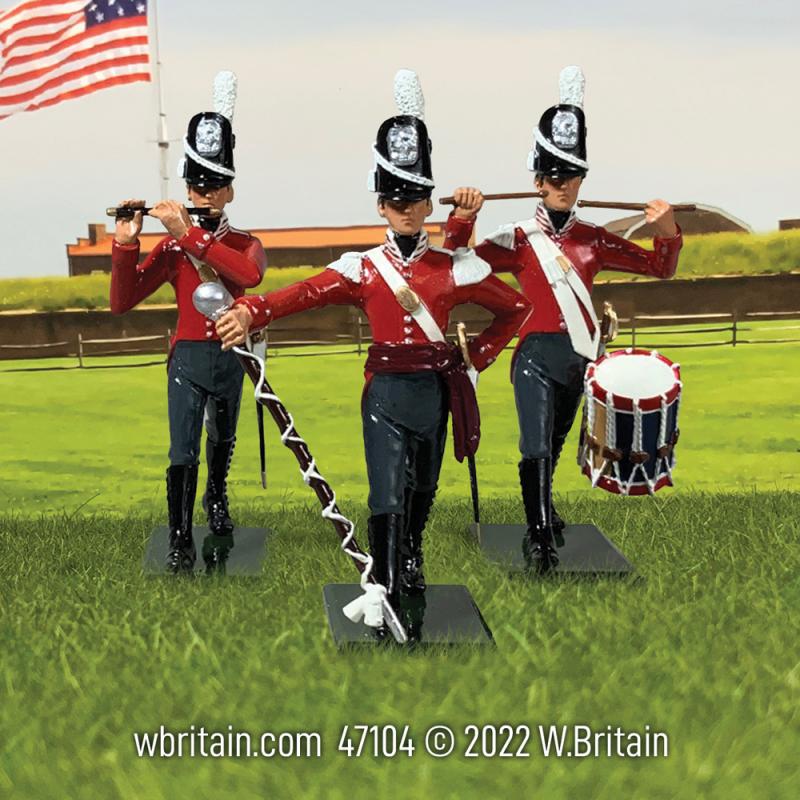 By 1808 two principal musicians were authorized for each regiment of infantry: the Drum Major and his assistant. In some cases the old regiments may have retained the title of Fife Major for this position, as was the title during the Revolutionary War. With the Regimental Sergeant Major and the Quartermaster Sergeant, they made up the entire staff for the regiment. The Drum Major’s principal duty was to train and lead the drummers and fifers. In most of the European armies, the Drum Major was grandly attired with an elegant uniform and special badges of rank. This was was not the case for the budget conscience American army, and the only unique item indicating his rank beyond the normal sergeant’s sash and epaulettes was his “staff” or baton.