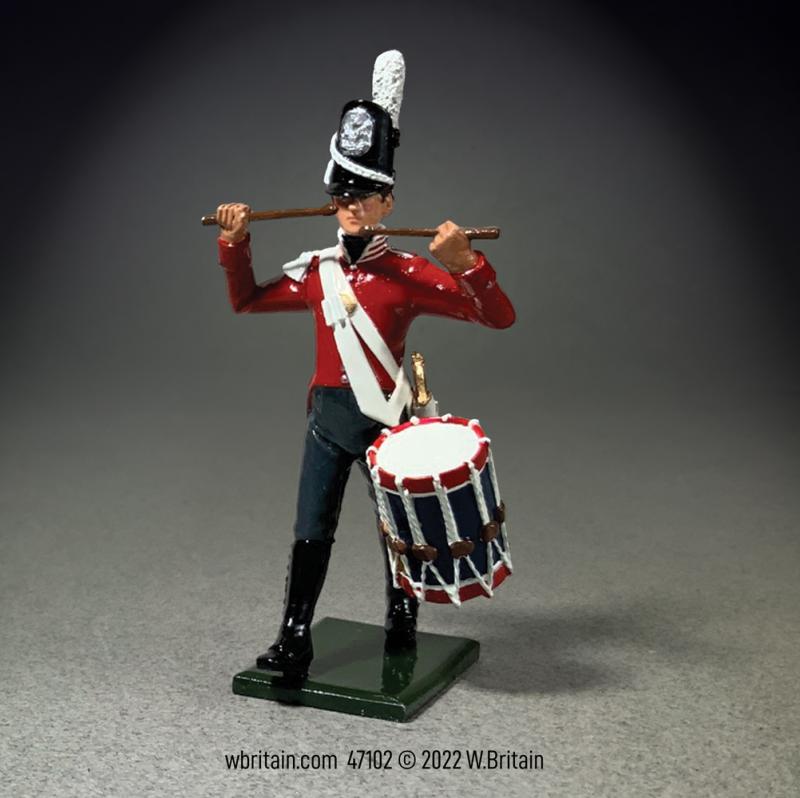 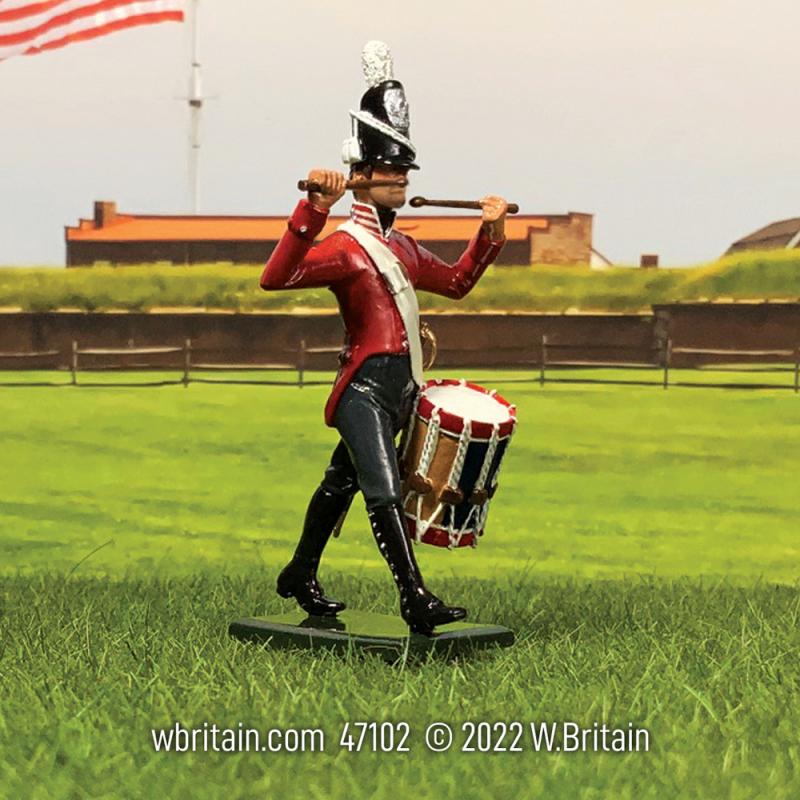 The U.S. Army regulations of 1808 authorized each infantry regiment to have two “Principal Musicians” – one drummer and fifer for each of its ten companies. In reality it was difficult to recruit, train, and maintain that many musicians. Contemporary European experience proved that it took approximately five years to train a drummer in all of the various drum signals used at the time. It was even more difficult to master them under the stress of combat. But during the War of 1812 training and experience was often measured in weeks rather than years. Regulations of 1799 ordered musicians to wear regimental coats “of the colours of the facings of the corps to which they severally belong” which was red for infantry.