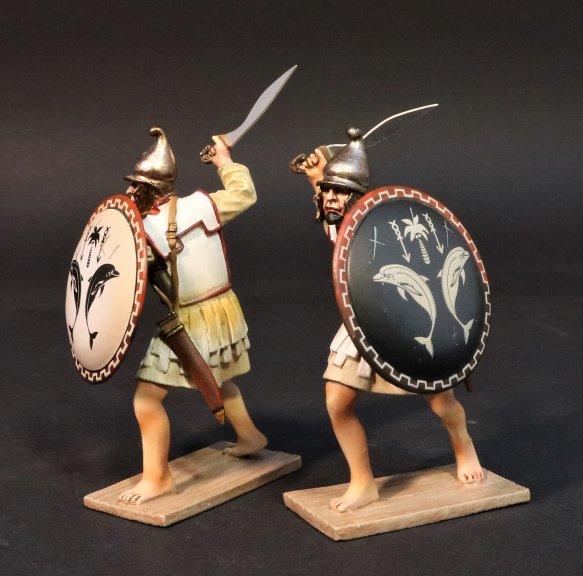 The military of Carthage was one of the largest forces in the ancient world. Although the navy was always Carthage’s main force, the army acquired a key role in the spread of Carthaginian power.

With its Phoenician origins, Carthage already had a long history as a seafaring people. This was helped in that the navy was a permanently manned force, whilst the army would be enlisted only for a particular campaign and then demobilized.

Therefore it was easier to understand how the Carthaginian army was a Combined arms force, which comprised light and heavy infantry, skirmishers, light and heavy cavalry, as well as elephants.

The supreme command of the military was initially held by the civilian “Suffetes” until the third century. Thereafter, professional military generals were appointed directly by the Carthaginian Senate.

Whilst the navy was mainly manned by citizens, the army was composed almost exclusively of foreign mercenary units, particularly Libyans, Numidians, Iberians, Gauls and Greeks.

Only when the city of Carthage itself was threatened would citizens be conscripted into infantry service.

The backbone of any Carthaginian army and their most reliable troops were the Liby-Phoenician spearmen. The Libyans were not merely mercenaries but could be provided by allied city states or might have been conscripted from a peasant base.