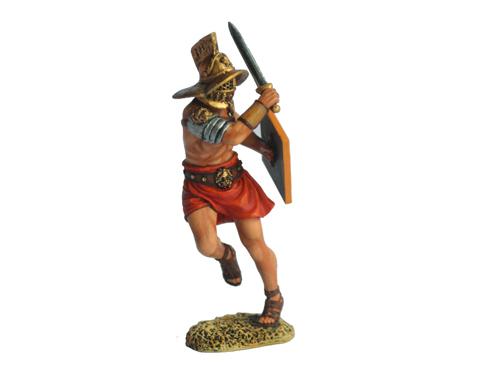 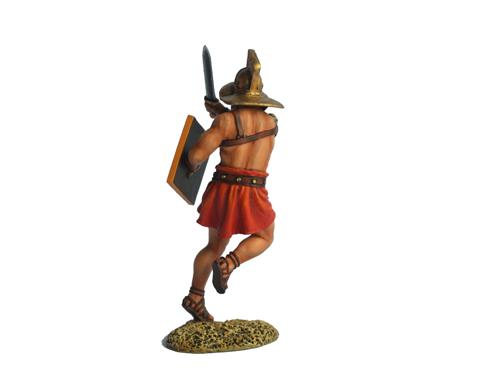 Thraex slashing with a sword

A gladiator (Latin: gladiator, "swordsman", from gladius, "sword") was an armed combatant who entertained audiences in the Roman Republic and Roman Empire in violent confrontations with other gladiators, wild animals, and condemned criminals.  Some gladiators were volunteers who risked their lives and their legal and social standing by appearing in the arena.  Most were despised as slaves, schooled under harsh conditions, socially marginalized, and segregated even in death.
Irrespective of their origin, gladiators offered spectators an example of Rome's martial ethics and, in fighting or dying well, they could inspire admiration and popular acclaim.  They were celebrated in high and low art, and their value as entertainers was commemorated in precious and commonplace objects throughout the Roman world.