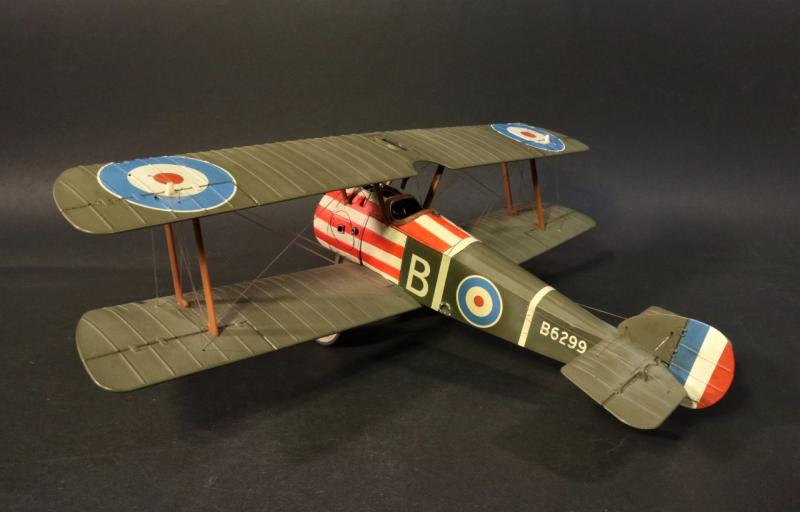 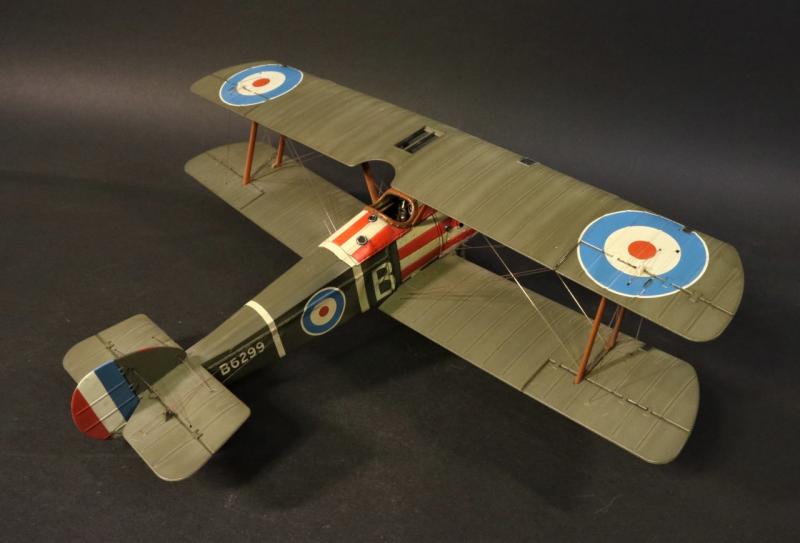 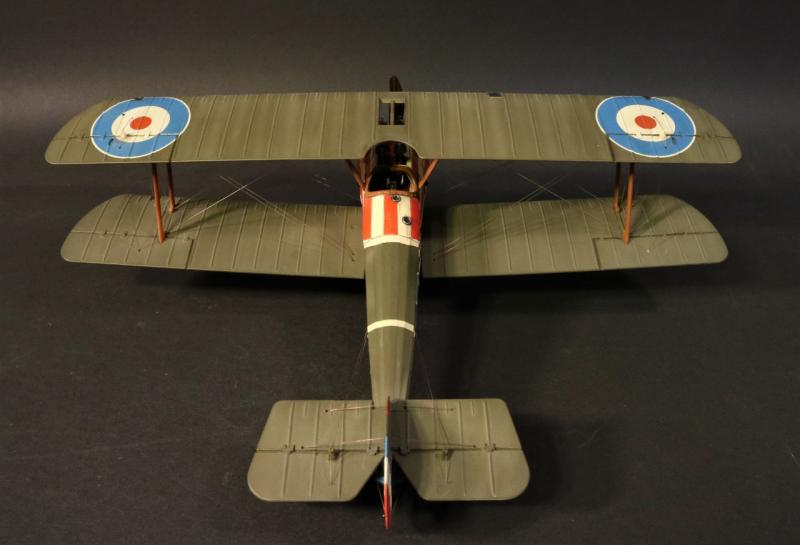 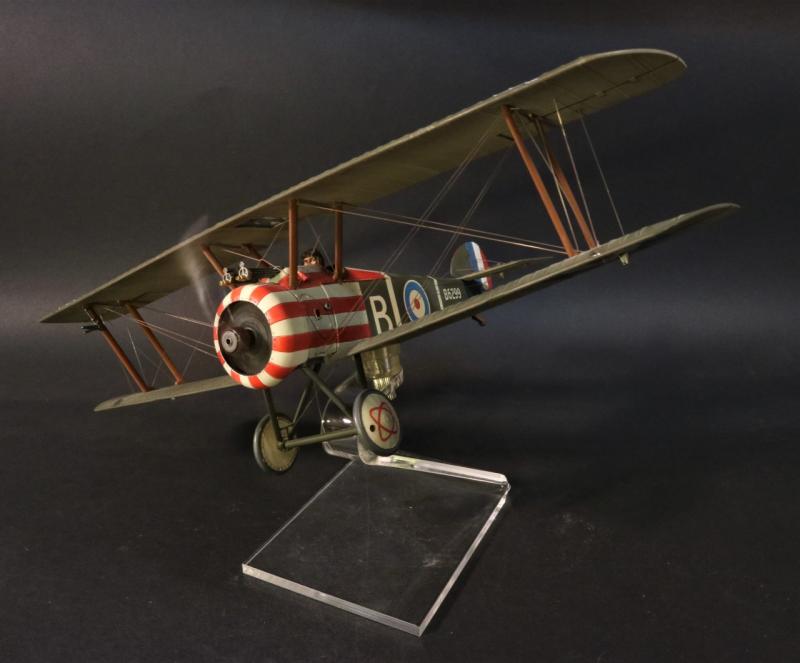 The Camel was powered by a single rotary engine and was armed with twin synchronized Vickers machine guns.  Although difficult to handle, it was highly manouverable in the hands of an experienced pilot, which was a vital attribute in the relatively low-speed, low altitude dogfights of the era.

In total, Camel pilots have been credited with downing 1,294 enemy aircraft, more than any other Allied fighter of the conflict.

“Naval 10” was a famous unit long before the arrival of the Sopwith Camel, its pilots having been excepcionally succesful with the Sopwith Triplanes. Ray Collishaw’s famous “Black Flight” was well known.

Norman Miers MacGregor was from London, and became an Ace flying with Naval 10 Squadron in late 1917.  He claimed a Fokker triplane as his seventh score on 15th September, which was flown by German Ace, and leader of Jasta 11, Kurt Wolff, who was a 33 victory Ace. Flt. Lt. MacGregor gained his last two victories with this aircraft.  The plane then briefly served with 9 Naval Squadron, before being passed on to a training depot at Chingford.

Squadron markings were two vertical bars which encircled the fuselage. Flight markings were an A, B or C, and unusually in late 1917 three broad white horizontal bands were painted over a flight colour, black, red or blue, depending on the flight.

This was only to last a month, before the white vertical bars would be replaced by a white circle aft of the roundel.