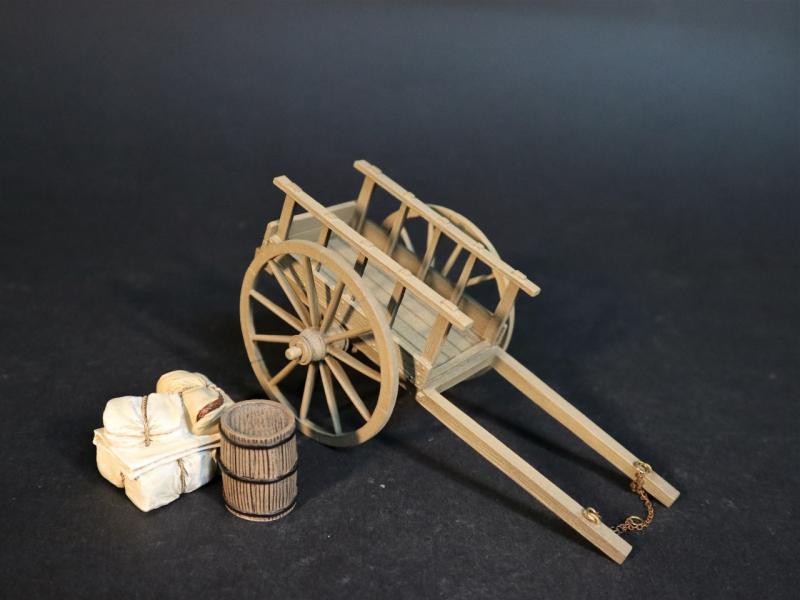 The Red River cart was a large two-wheeled cart made entirely of non-metallic materials.  These carts were often drawn by oxen, although also by horses or mules.  The carts were used throughout most of the nineteenth century in the fur trade and in westward expansion in Canada and the United States, in the area of the Red River and on the plains west of the Red River Colony.  The cart was a simple conveyance developed by the Metis for use in their settlement on the Red River in what later became Manitoba.  With these carts, the Metis were not restricted to river travel to hunt bison.

The Red River cart was largely responsible for commercializing the buffalo hunt.