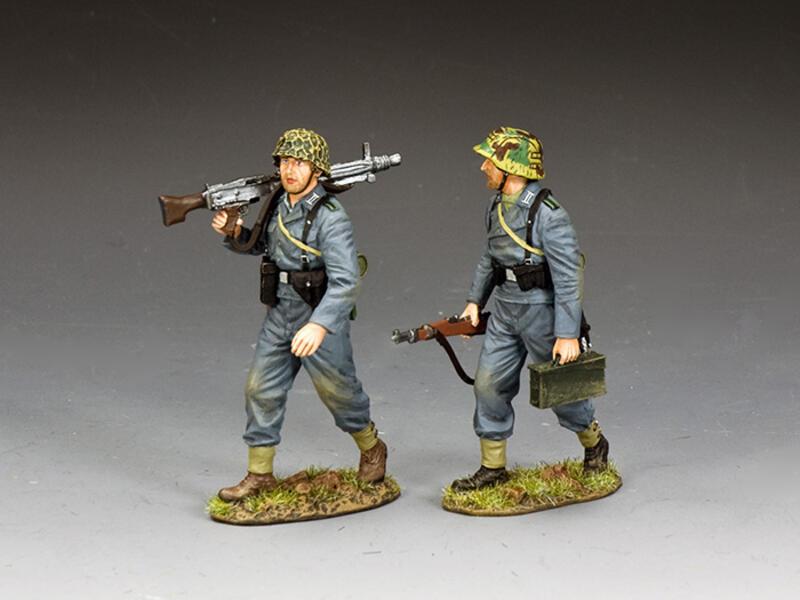 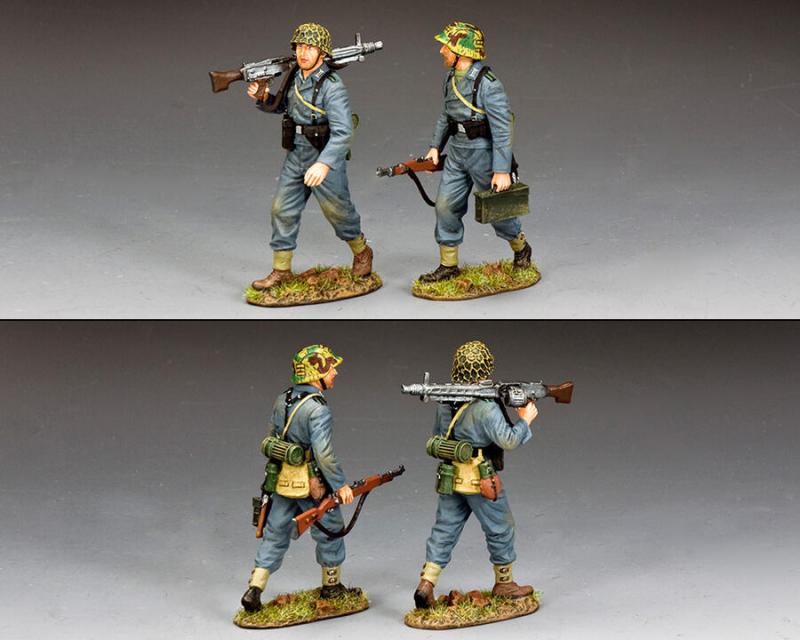 This two-man set portrays the gunner carrying his MG42 on his shoulder while his ‘number two’ brings up the additional ammunition.