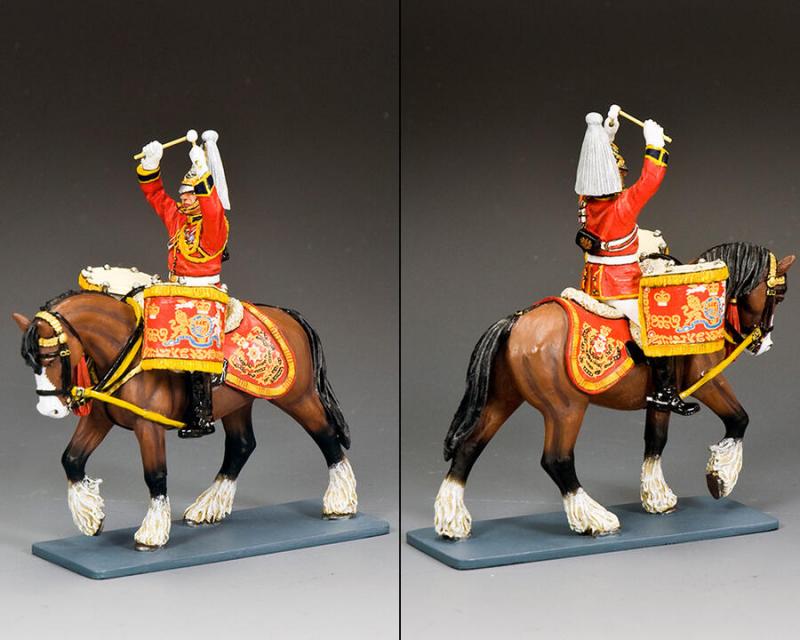 It is often said that no country produces military spectacles as good or as colourful as Great Britain.

Among the finest and most spectacular of all the centuries–old regiments that take part in ceremonial duties in the nation’s capital are the men and horses of the Queen’s own ‘Household Cavalry’.  The Household Cavalry is actually made up of two mounted regiments:  'The Blues & Royals’ and ‘The Life Guards’.

Each of the two Household Cavalry regiments that contribute one sabre squadron to the Household Cavalry Mounted Regiment (HCMR) have two magnificent drumhorses on their operational strength.  In October we released ‘HECTOR’, our first Life Guards Drumhorse.  This month it is his companion, the equally handsome chestnut brown, ‘HERCULES’.  Like his fellow drumhorse, this animal is a ‘Clydesdale Cross’, carefully selected and trained by the HCMR’s ‘Riding Master’ and stands almost 16.5 hands high.