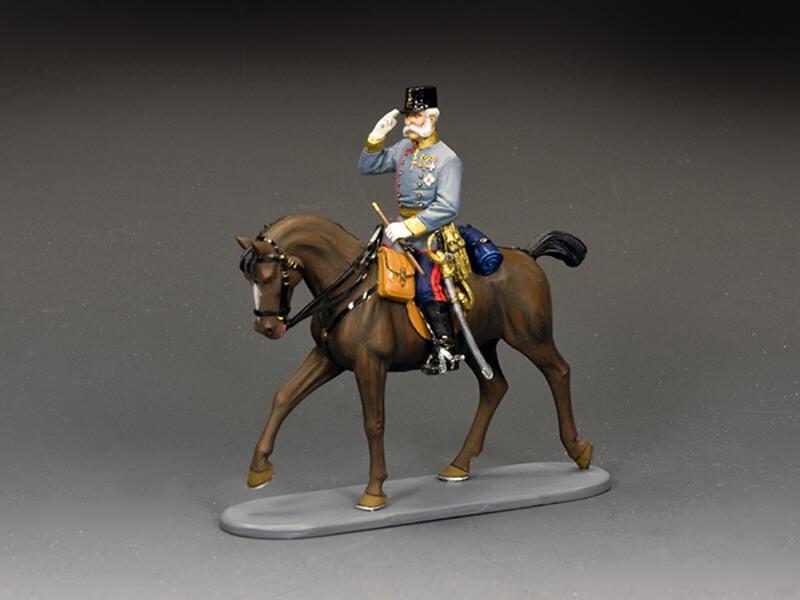 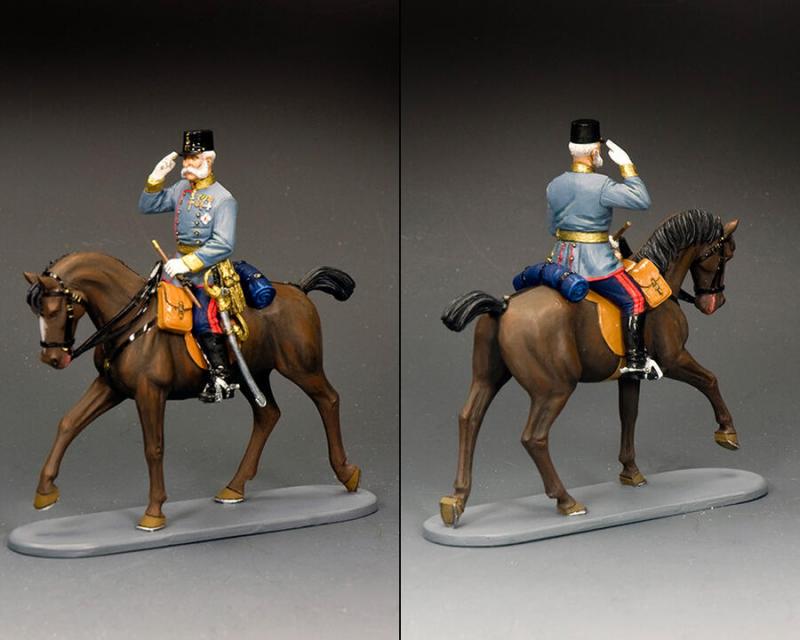 Born in 1830, Franz-Joseph became Emperor of the sprawling and often fractious Austro Hungerian Empire at the age of 18.  He would go on to become the longest-reigning monarch of this ill-fated conglomeration until his death at the age of 86 in 1916.  Franz-Joseph’s reign was anything but peaceful and throughout this period was beset by wars, revolts, suicides, and assassinations… often involving close members of his own family.  The two most notable being the killing of his heir apparent, the Archduke Franz-Ferdinand and his wife Sophie in Sarajevo in June 1914.  This murderous act was to ultimately lead to the outbreak of World War One just two months later.

Our K&C rendition of the Emperor is based on several portraits of Franz-Joseph as well as a mounted statue and shows him in a typical saluting pose while riding one of his favourite horses.