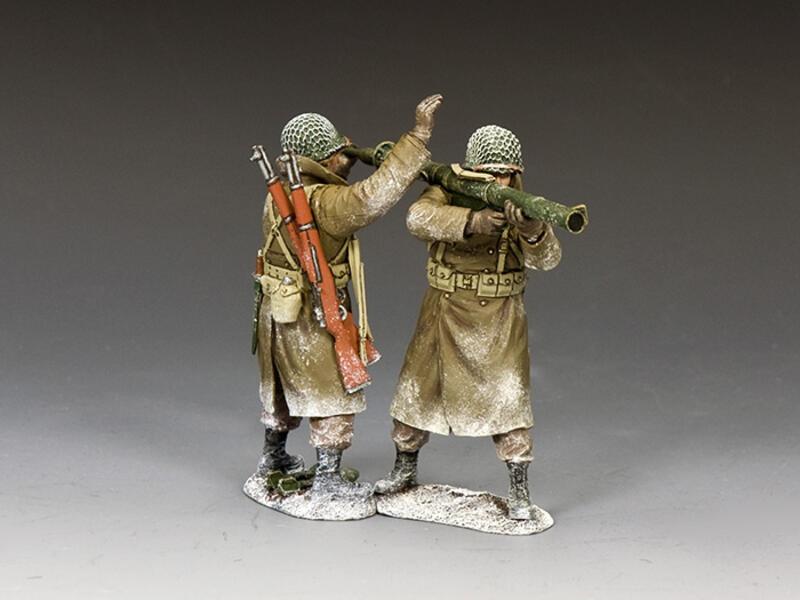 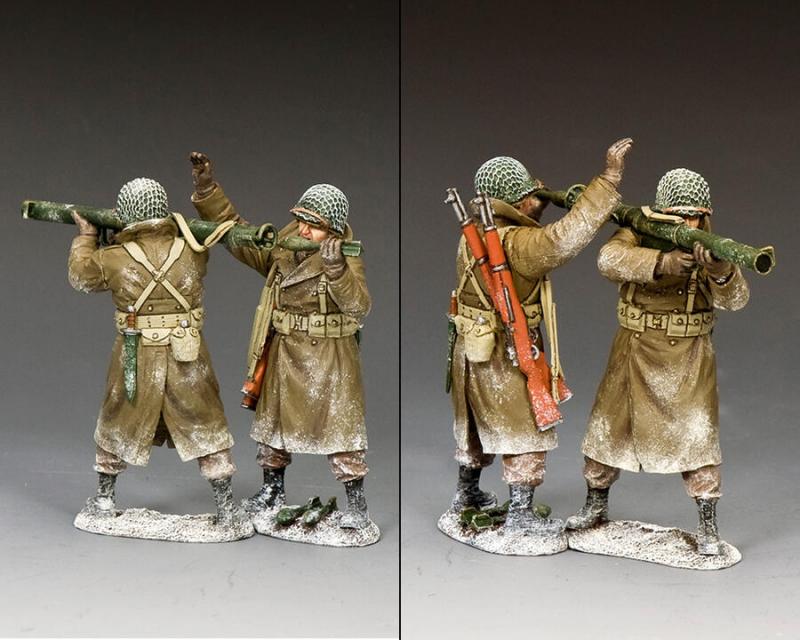 When the U.S. Army entered WWII, its antitank defense was the 37mm towed gun and the .50 cal M2 Browning heavy machine gun.  U.S. experts adopted and adapted an original Swiss design and created a man-portable antitank weapon that could also be used to knockout pillboxes and other fixed defences.  Nicknamed “The Bazooka”, these new weapons began to go into service in 1943 and proved easy to use and relatively easy to transport across the battlefield.  As the ‘gunner’ aims the bazooka on the target, his ‘Number 2’ loads the projectile into the rear of the weapon.  The ‘number two’ also carries his own as well as his buddy’s M1 ‘Garand’.