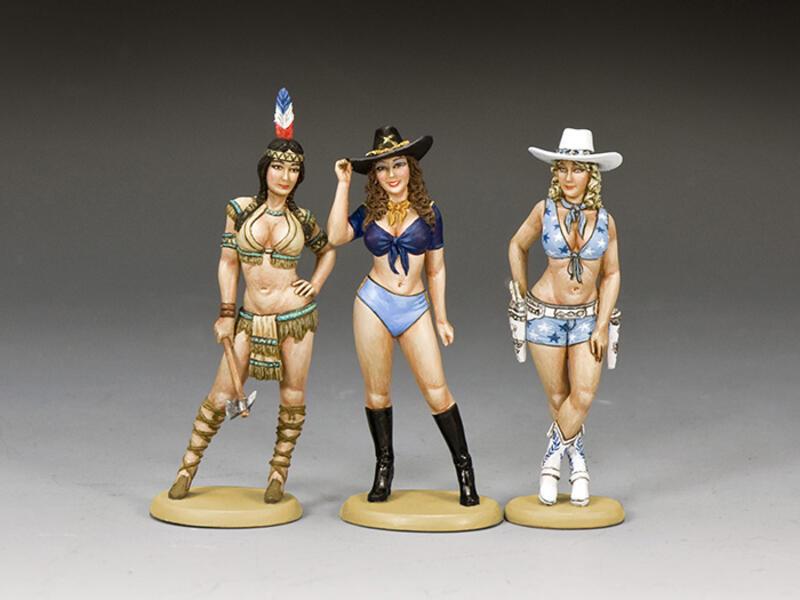 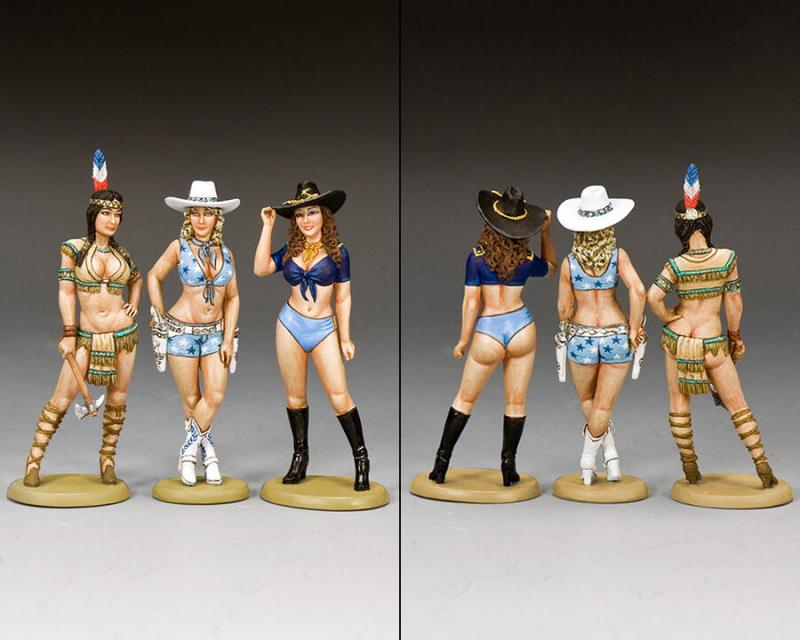 In Francis Ford Coppola’s Vietnam epic ‘Apocalypse Now’, there is one particular scene where a trio of ‘Playboy Playmates’ descend by helicopter on a stage in front of thousands of sex-starved GIs and proceed to put on a very provocative show for the benefit of the troops.  If the girls’ intentions were to inflame the passions of the crowd, they certainly succeed as the assembled military audience attempt to storm the stage and grab the girls.  As the Military Police are overwhelmed, it is only the intervention of some Special Forces guys together with a waiting ‘Huey’ that prevents disaster.  Well, here they are... ‘Cavalry Girl’, ‘Pocahontas’, and ‘The Sheriff‘.  All three together in a special three-figure box.  If, however, you would prefer just one of the girls, these are also available.