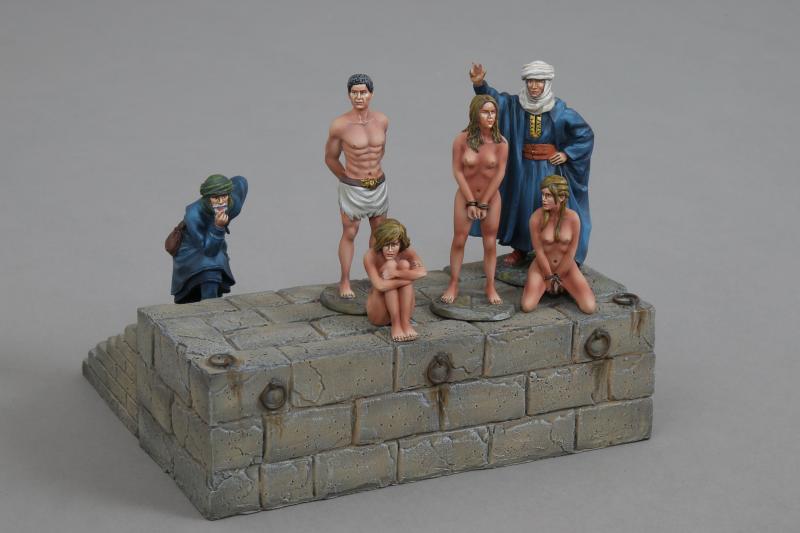 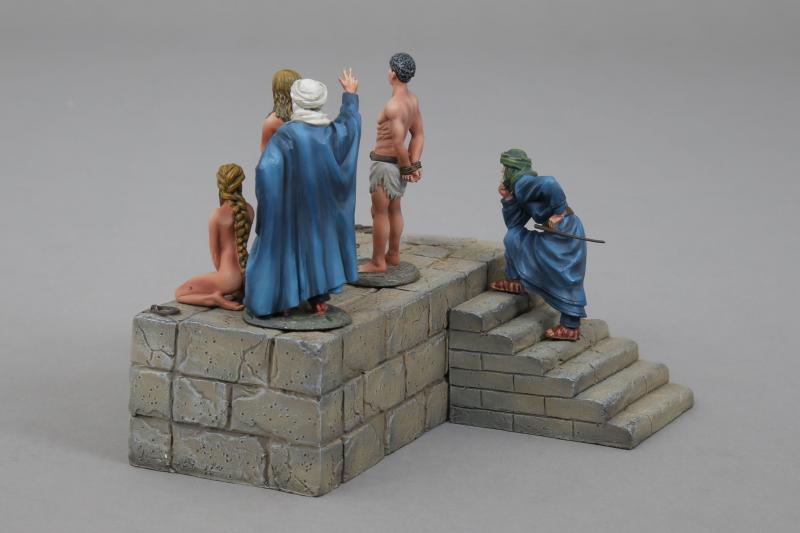 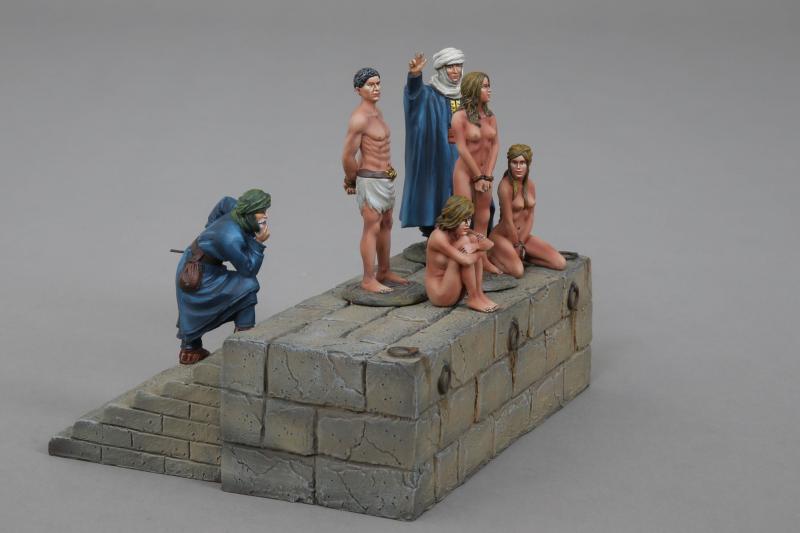 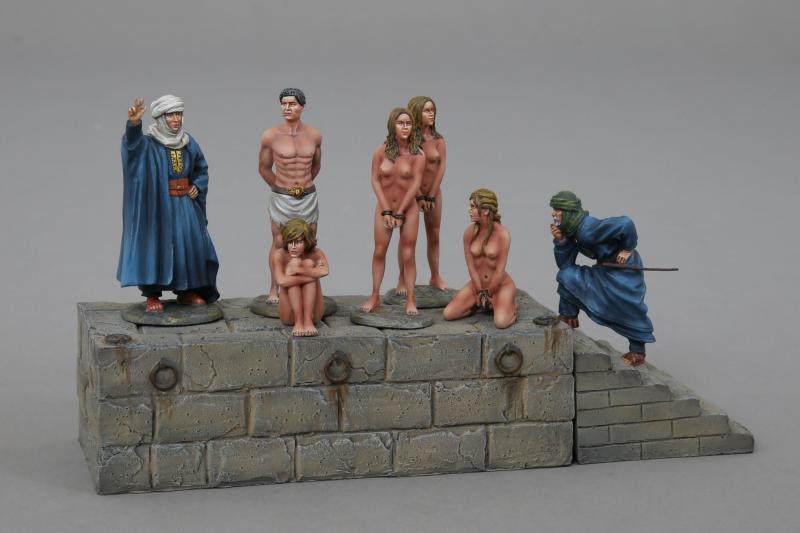 A fantastic addition to our Roman/Medieval series that can be used in a multitude of scenarios.  Comprises of a Stone Podium and two Slave Traders, pictured.  The four slaves are not included.  The previously released slaves have nearly sold out.