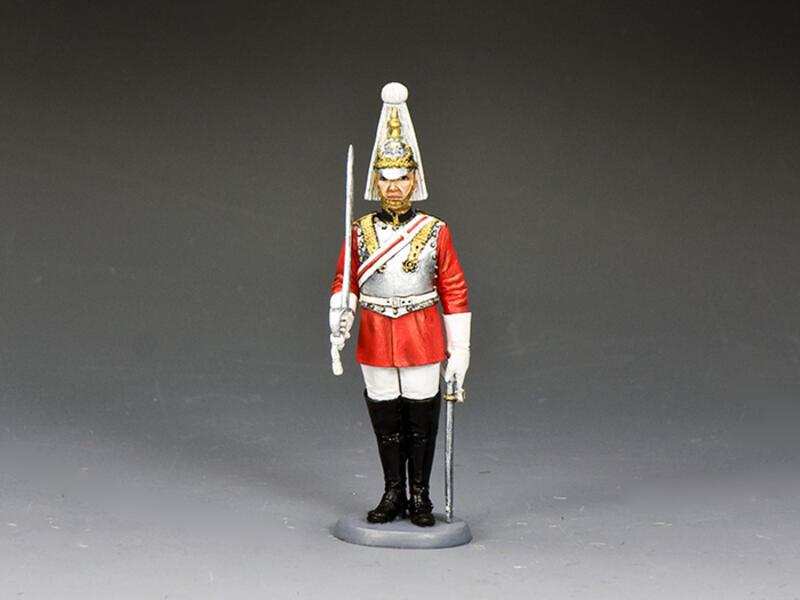 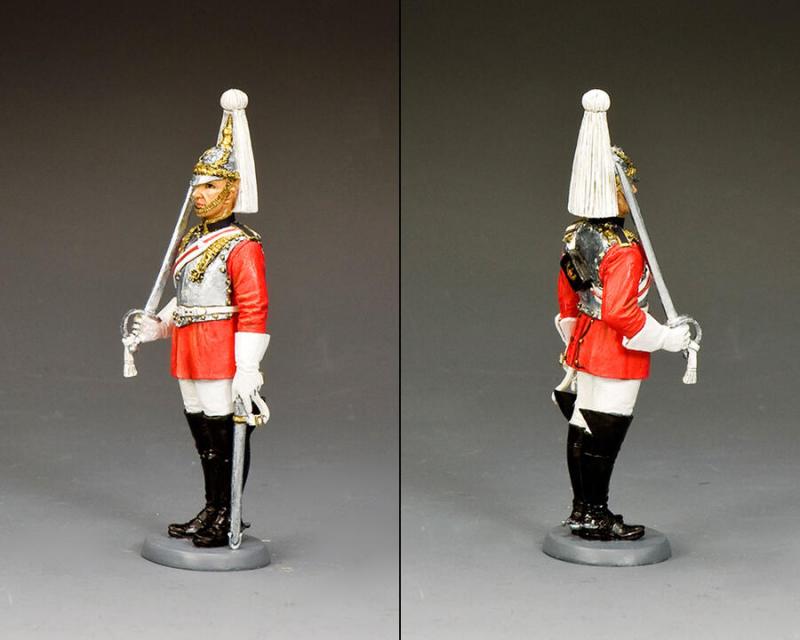 Visitors to London almost always go, at least once, to see ‘The Changing of The Guard’ at Buckingham Palace, where the ceremony is usually performed by one of the five regiments of Foot Guards in their scarlet tunics and tall black bearskins.  Lesser known, but just as colorful, is the Guard Changes on Horse Guards Parade at Whitehall in central London performed by soldiers of the Household Cavalry Mounted Regiment on a daily basis.  From 10:00am until 4:00pm, this duty is carried out by mounted troopers of either the Life Guards or Blues & Royals squadrons of the HCMR.  At 4:00pm, the mounted troopers are replaced by dismounted troopers who remain on post until 8:00pm each day.

Our K&C trooper stands at attention in his full ceremonial uniform, with his sabre gently resting on his right shoulder.