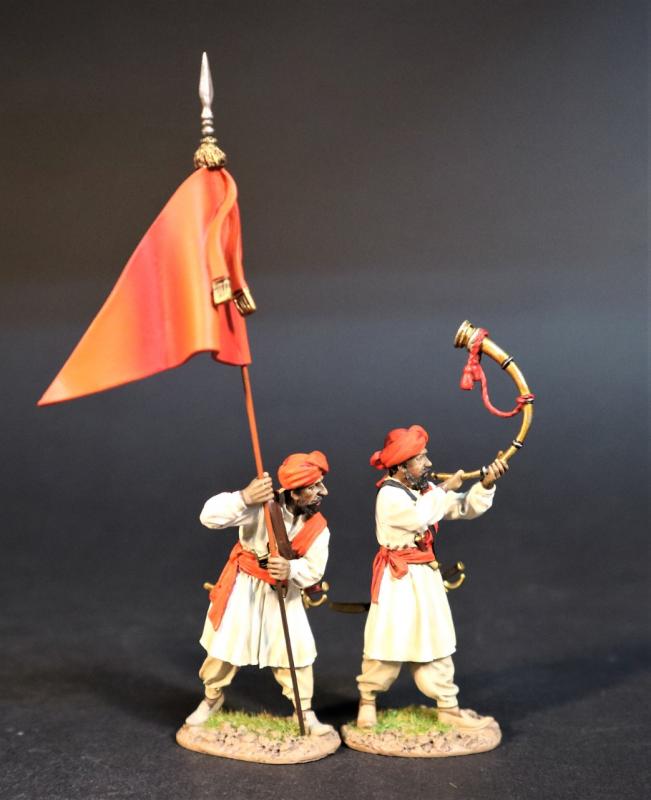 Standard Bearer and Musician, Maratha Infantry, The Maratha Empire, Wellington in India, The Battle of Assaye, 1803