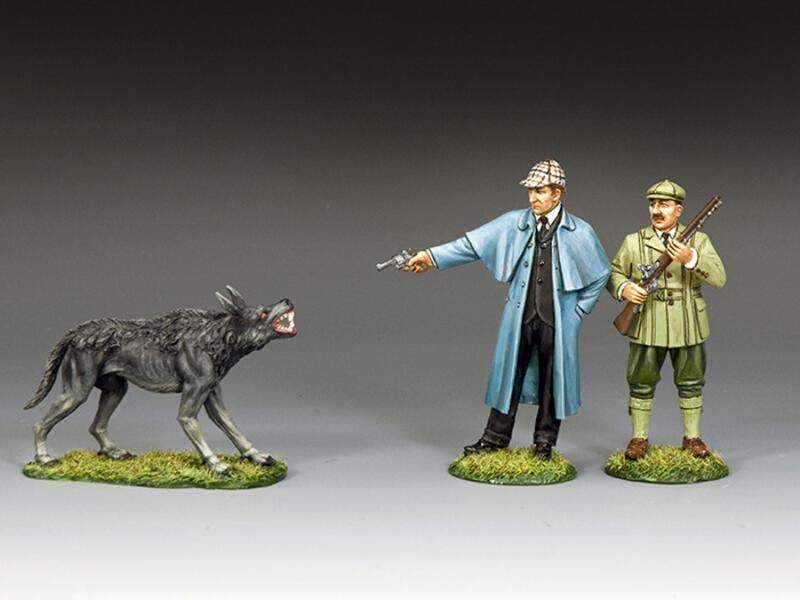 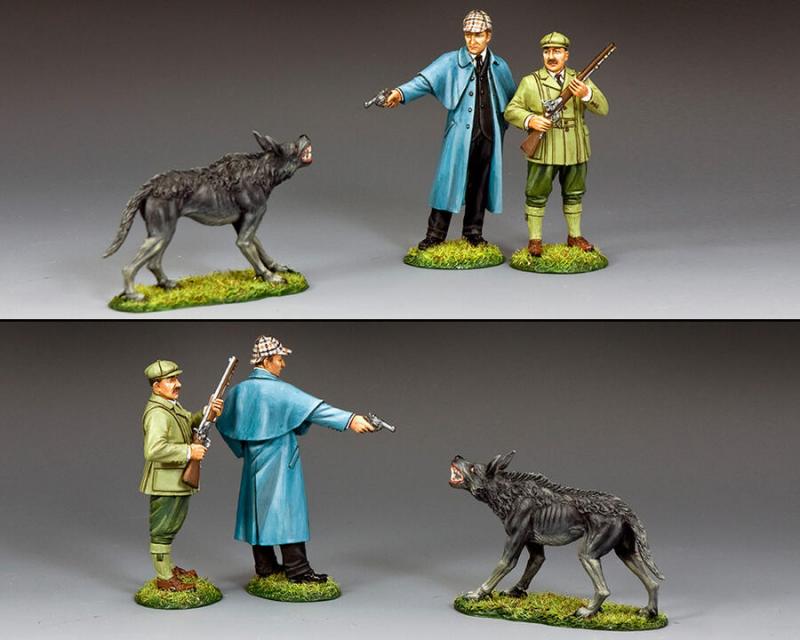 "The Hound of the Baskervilles"

This unique little set features the three principal characters of the story.  Mr. Sherlock Holmes wearing his trademark ‘deerstalker’ hat with ‘Inverness’ cape and coat stands four square his right arm extended and aiming his .44 caliber revolver at the approaching beast.  Supporting his friend is the sturdy figure of Dr. Watson, suitably clad in his sensible ‘Harris Tweed’ Norfolk hunting suit.  In his hands, the good Doctor carries his trusty ‘Elephant Gun’.

And finally we come to the beast itself... a large and ugly looking brute who none of us would like to meet on a dark night on Dartmoor... or anywhere else come to that!  Bright red glowing eyes sit above a gaping, snarling mouthful of sharp, vicious looking teeth sitting above a huge, werewolf-like body... a wild animal of nightmarish proportions!

However, putting all that aside... a great little set and the perfect gift for any Sherlock Holmes enthusiast.

‘The Hound of the Baskervilles’ is the third of the four crime novels written by Sir Arthur Conan Doyle and featuring the noted detective, Sherlock Holmes.

The story is set largely on lonely, desolate Dartmoor in Devon in England’s West Country and tells the tale of an attempted murder by a fearsome, diabolical hound of supernatural origin.  Mr. Sherlock Holmes and his intrepid companion, Dr. John Watson are dispatched to Devon to investigate the case.  As one of Sherlock Holmes most enduring mysteries the story has been translated into more than 20 films and television series all over the world including Britain, of course, America, Germany, India and even the former Soviet Union, as well as Australia, Italy and the Ukraine.  It’s fair to say that this particular Baskerville Hound gets around the world with amazing ease!

And now it appears in the world of miniatures…