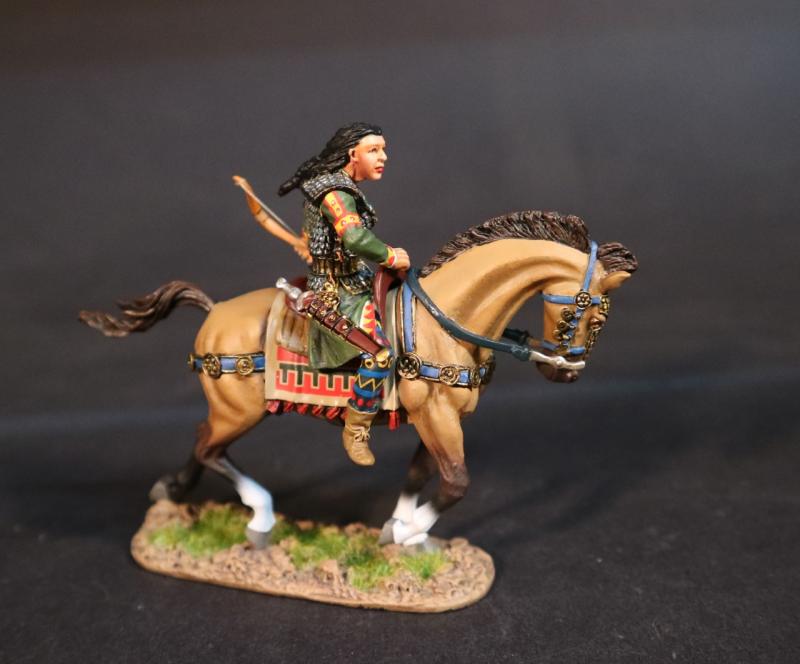 Scythian Female Archer (Green Tunic, bow across back), The Scythians, Armies and Enemies of Ancient Greece and Macedonia--single mounted figure
$108.00

Scythian Female Archer (Green Tunic, bow across back), The Scythians, Armies and Enemies of Ancient Greece and Macedonia