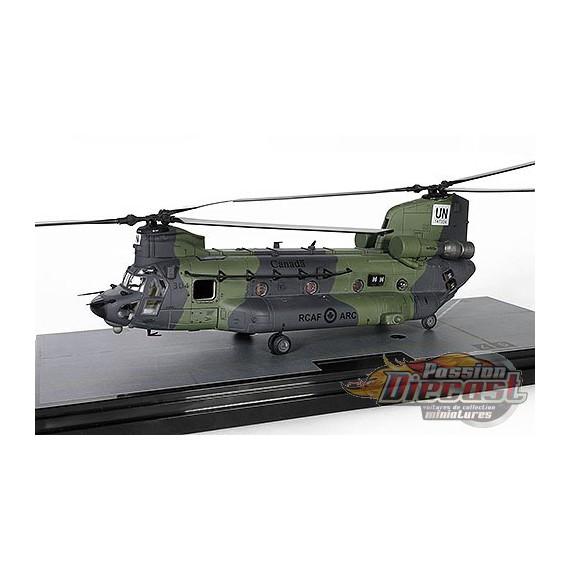 The Government of Canada acquired 15 CH-147F Chinook aircraft. The total estimated cost in 2009 for the project was $5 billion, with $2.3 billion for project acquisition costs, and $2.7 billion for the 20-year in-service support program.

The primary mission of the CH-147F Chinook is the tactical transport of equipment and personnel during domestic or deployed operations. The new Chinooks have been modified to operate with maximum effectiveness in Canada and on Canadian operations, including an increased internal fuel capacity that allows it to fly twice as far as previous models. With this new fleet, the Canadian Armed Forces increase their ability to deploy rapidly, and to perform complex operations both at home and abroad.

The Canadian version of the model-F Chinook is recognized by allies as the most advanced version available, due in part to specific technology developed as a component of this project. Several countries have signaled their interest in purchasing Canada's Chinook configuration. Canada will receive royalties from Boeing for every aircraft sold to international customers following the technology developed as part of this project.

Designed as a turbine-powered replacement for the CH-37 Mojave, the CH-47 was first flown on September 21st, 1961. This iconic helicopter has had a long service history, seeing action in many different wars, from Vietnam to Afghanistan. The Chinook is the U.S. Army's heaviest-lifting helicopter, primarily serving as a troop transporter, with secondary roles including artillery emplacement and battlefield resupply. It has a crew of three and can move 55 combat-ready troops. Its wide-loading ramp can be opened in-flight for paratroopers, and three cargo hooks can extend through a floor hatch, which allows the Chinook to be used as a flying crane.