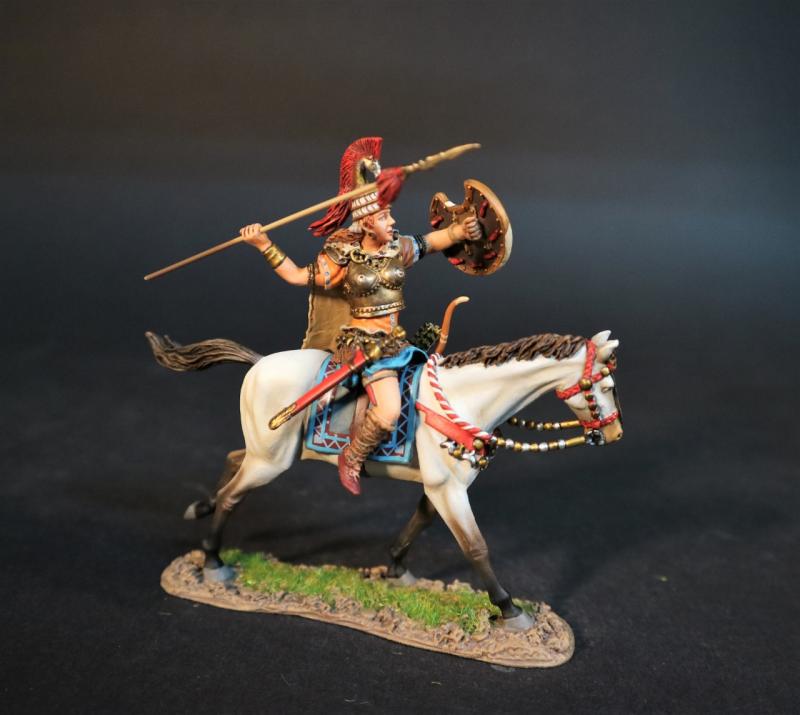 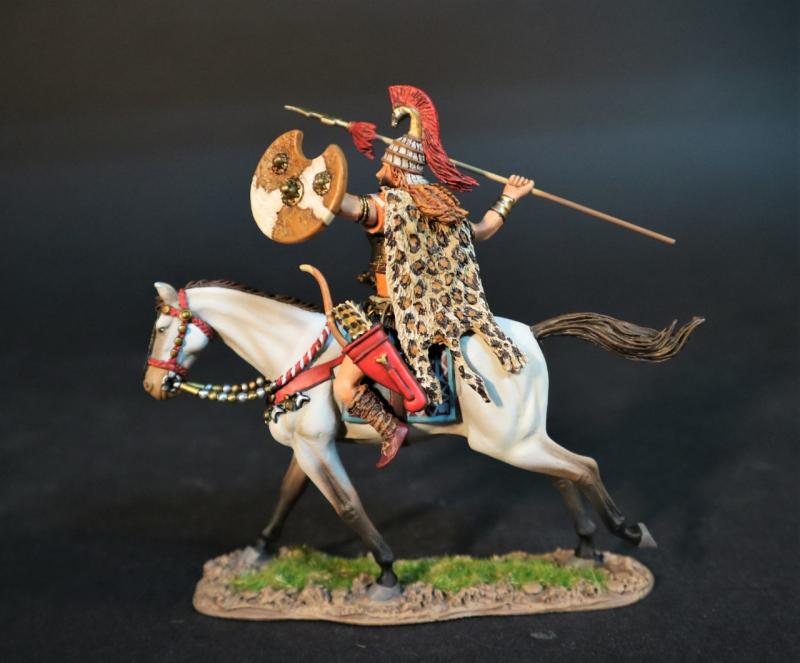 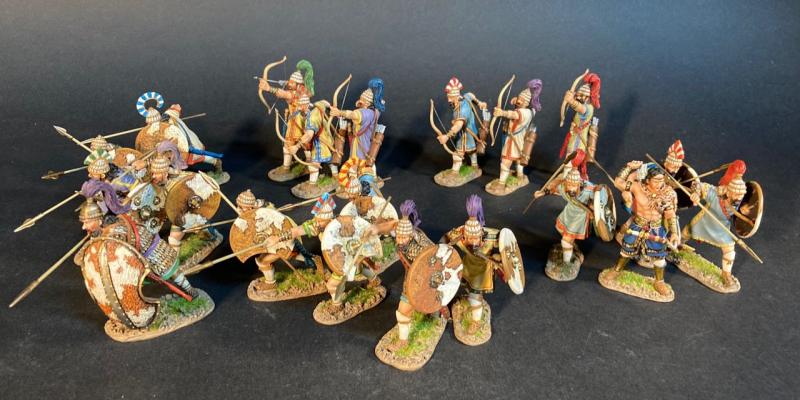 Penthesilea, The Amazons, Troy and Her Allies, The Trojan War--single mounted figure
$118.00

Penthesilea, The Amazons, Troy and Her Allies, The Trojan War--single mounted figure

PENTHESILEA was an Amazonian queen in Greek Mythology, who was the daughter of Ares and Otrera and the sister of Hippolyta, Antiope and Melanippe.

She assisted Troy in the Trojan War, where she was killed by Achilles.

The arrival of Penthesilea to Troy is described in the five book epic Aethiopis which was part of the “Cycle of Troy” on the Trojan War.  It was published in the 8th Century BCE and is attributed to Arctinus of Miletus.  Although the Aethiopis has been lost, the epic cycle had been adapted and recycled during different periods of the classical age.  In the Aethiopis, Penthesilea is a Thracian woman warrior, an Amazon and daughter of Ares, who comes to help the Trojans.  She arrives with twelve other Amazon warriors.  After a day of distinguishing herself on the battlefield, Penthesilea confronts Achilles, who kills her.