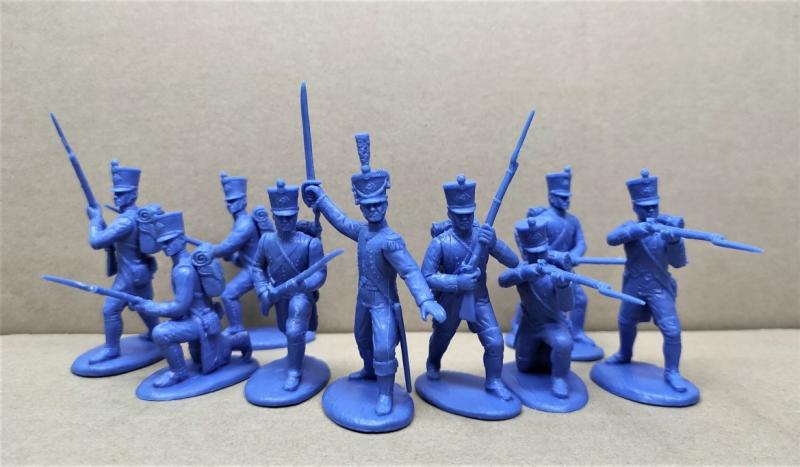 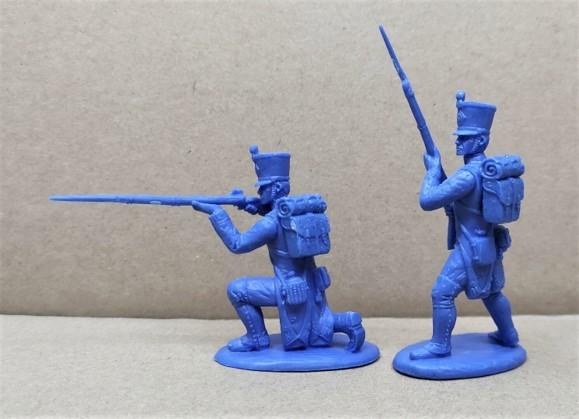 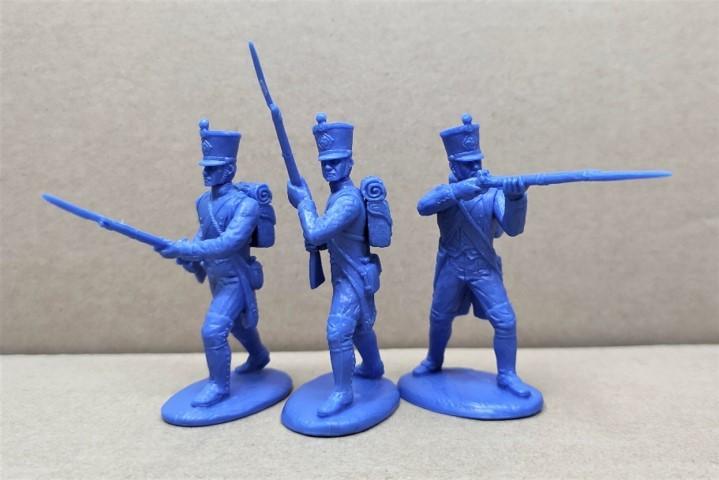 There are a number of significant differences in the appearance of the fusiliers as opposed to the Grenadiers that requires of us to do new sculpts and toolings.

We kept the same postures as grenadiers as the different companies often move in unison in battle. They are designed as  i) defensive firing line and ii) advancing.